Spencer Cox, Utah’s eighth Lieutenant Governor, was appointed on October 16, 2013. In addition to the political arena, Cox’s roots also run deep in business where he is best known for his part in operating Centracom, a telecommunications company, in central, north and western Utah. Cox took his time at the podium to explain why global trade is important to rural Utah.

“If you care about your food, your water, your recreation, you should care about rural Utah,” he said.

“We’re better at this than we think we are,” Cox said encouragingly to those in attendance. He further explained that Eastern Utah acts as the “crossroads” of the West, featuring access to rail, Highway 6, l-15 and l-70. With 95% of potential consumers living outside of the U.S. according to Cox, there is no better time or place to export than from Eastern Utah right now.

Local businessman Frank Peczuh of Peczuh Printing echoed these statements, speaking about his own business’ exporting as well as their work in the local community.  With five locations and nearly 150 employees, Peczuh Printing has been rooted in Price since 1962.

The business formed a customer base at a local level, earning its first customer in 1962; Karl Kraync of Kraync Motors purchased business cards from the newly established printing company. Since then, the Peczuh family hasn’t slowed down, expanding their business to neighboring communities, states and countries.

“We are planted here and we plan to continue to grow here,” Peczuh explained. “My job is to make Peczuh Printing the best it can be.”

Areesh Ahmed further expanded on the topic of exporting, speaking about online marketing and sales of products and goods. Ahmed is a lifelong entrepreneur and is the person behind Shoeta and Ahmed Investments. He took his time on the stage to encourage business owners to look beyond their familiar market and into the possibility of exporting through an online venue.

“You might have to go through some jumps before you get your first opportunity, so keep trying,” he said.

The summit wrapped up with an export pros roundtable, including an appearance from local businesswoman Colleen Loveless of Loveless Ash, and a chance to network with local business owners and vendors. 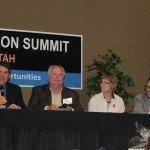 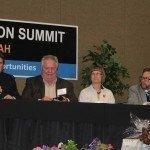 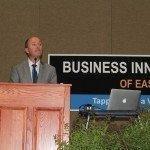 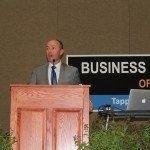 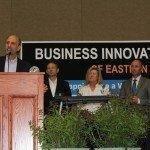 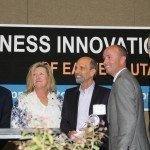 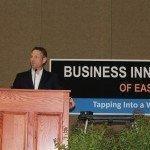 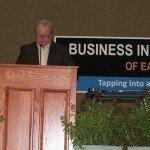 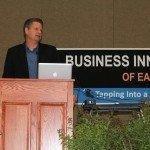 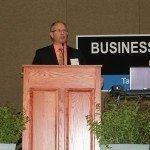