Local government officials addressed attendees at the Carbon County Chamber of Commerce luncheon on Thursday. Despite COVID-19 throwing a wrench in everyday life, those that spoke said there have been many successes throughout the year regardless of the seemingly overwhelming setbacks.

Congressman John Curtis was the first to speak, highlighting the area for its continued efforts and improvements. Curtis said that when he was first elected, he realized that Carbon County was on the verge of “something great.” He continued, saying that the efforts are proving beneficial as Carbon County continues to improve.

Helper City Lenise Peterman then addressed attendees, highlighting some of the milestones the city has reached this year. She spoke on the city becoming Dark Sky Community certified as well as the implementation of the city-wide Yard of the Month program. Peterman also outlined the ongoing Price River restoration project in addition to the wayfinding project that is underway.

“We are so proud of what we have been able to do,” Peterman said.

Price City Councilwoman Terry Willis was the next elected official to speak. She stated that while things were unknown and scary at times at the beginning of the COVID-19 pandemic, the city, as a whole, has done better than expected. Willis encouraged residents to continue shopping locally and supporting businesses in the area, especially as the holidays approach. She said a good time to do this will be during the Children’s Justice Center’s Christmas Tree Regalia, which will span Price City’s Main Street this year. Participating businesses will display the auction trees, welcoming community members to admire the trees and place bids as well as enjoy some holiday shopping. 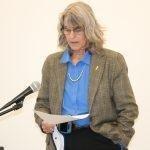 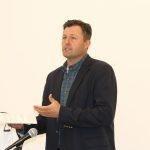 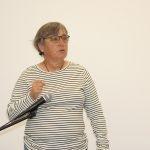 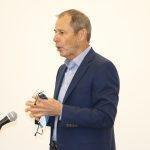