Richard Lynn Simmons was honored as father of the year at the Utah Head Start Association Conference on Nov 8. Simmons was presented the award by keynote speaker, Gigi Schwikert at the beginning of the conference.

Simmons was recognized for his volunteer efforts at Rural Utah Child Development Center (Head Start) in Wellington, where he helps out at least once a week. He expressed that he felt honored to be chosen for this award.

He helps in many aspects in the classroom and beyond, including assisting classes on field trips. “At the dinosaur museum, I helped keep the kids interested in what the tour guide was telling us about,” explained Simmons. “When we left, my son asked where the ‘real’ dinosaurs were. I reminded him that they were real, just extinct.” He has also helped out with field trips to the post office and fire station.

Another way Simmons volunteers is by attending most of the all-male involvement activities at Head Start. One recent activity was playing baseball with the class. “I helped the kids stay in line until it was their turn to bat,”  Simmons added. “I even talked my brother-in-law into going,”

In March, he helped build and embellish kites. He found it exciting to see the kids happy that their creations worked. During Easter activities, he assisted students with decorating and hiding eggs. The Christmas activity was hands on with gingerbread houses and during Halloween children decorated pumpkins using feathers and sequins.

Simmons takes pleasure in helping with food experiences in the classroom. “I have too many to mention, but I think my favorite was the Cat-in-the-Hat,” he stated. “We made the hat out of strawberries and bananas. It was tasty and the kids worked on patterning.”

RUCD Head Start took part in the St. Patrick’s Day parade last March. They asked for families to help decorate the float. Simmons and his family were eager to assist. They also marched right alongside the float on parade day.

He and his wife Kelsie Bohn Simmons, took charge of the annual school Christmas party by making games and activities. Simmons had a local business donate wooden cars which the kids painted and took home.

Simmons spends many hours in the classroom reading, playing and helping the kids. Despite health issues, he still makes it a point to be in his son’s class weekly.

For Simmons, it is a personal goal in life to make an impact on his son and teach him as much as possible “If I don’t take an active role in his life and education, who is going to?,” he questioned. “My son and his education is the number one priority in my life.”

“Being raised by a single mother, I know first-hand how important a father is to a child’s development, learning, and self-esteem. I was one of the kids who didn’t have a father tell me what was important to him. Growing up without one taught me that I wanted to give my own child every advantage I didn’t have,” he explained.

Simmons has end stage renal failure (kidney failure) and is currently waiting for a kidney transplant.  He goes to dialysis three times a week for four hours per treatment. “Being on dialysis takes a physical and mental toll on my body,” Simmons admits. “I still strive to make time to volunteer at my son’s program. By me taking an active role at RUCD, I hope it is teaching my son you still have to do what is important to you. His education is very important to me and volunteering has brought my son and I closer together.”

Head Start director Keri Allred said she is not only impressed on how much Simmons does for the program, even with all his health issues, but that he does it without complaining. “It is so heartwarming to see the impact he and his wife have and to see all the time they put in to make their son’s education a priority,” Allred stated.

Volunteer hours are a critical component for funding the Head Start program and act as a federal grant match. In-kind, hours are donated by parents assisting in the preschool classroom. It is also encouraging that parents are involved with their children’s learning. Allred said volunteering is a way of empowering parents that may not have the confidence to be an advocate for their child.

Without parents volunteering, Head Start would lose funding which would significantly reduce the number of children they serve. Simmons is going above and beyond to keep the program going. 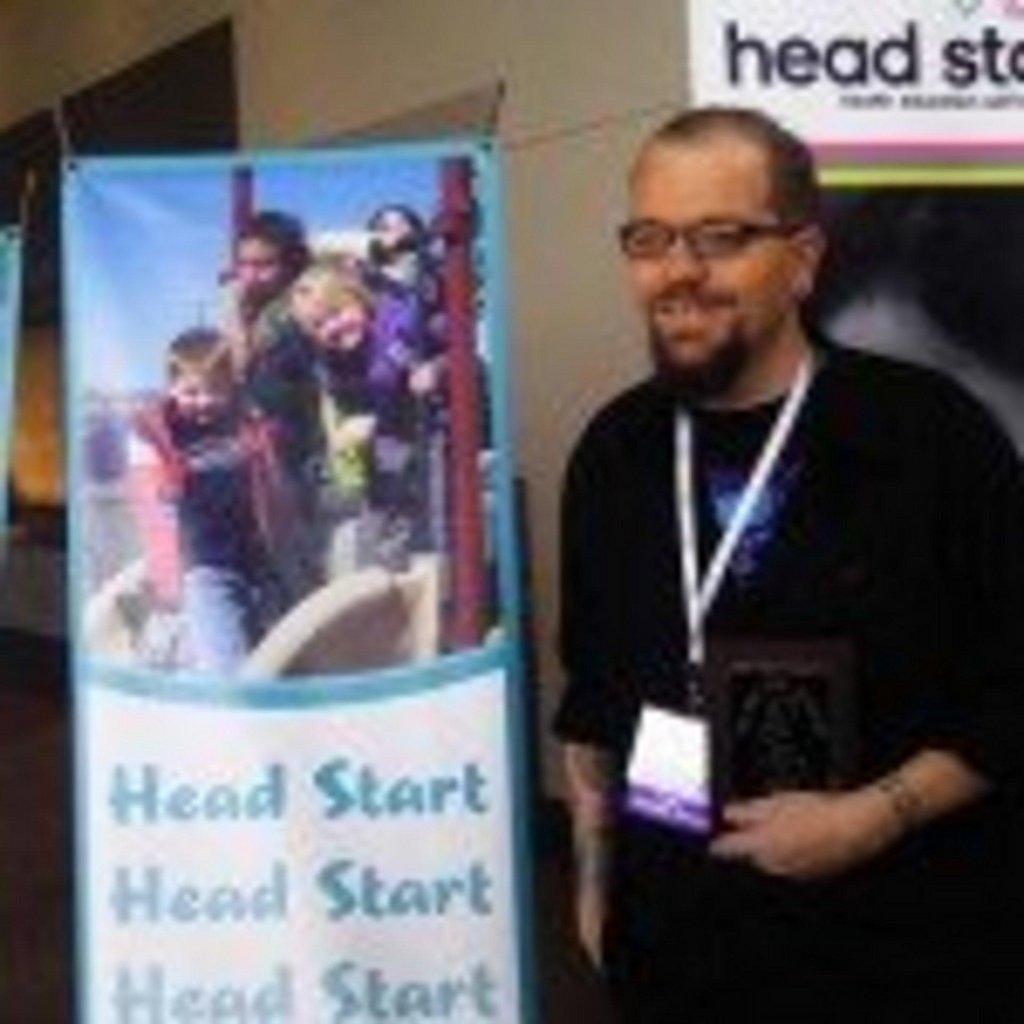 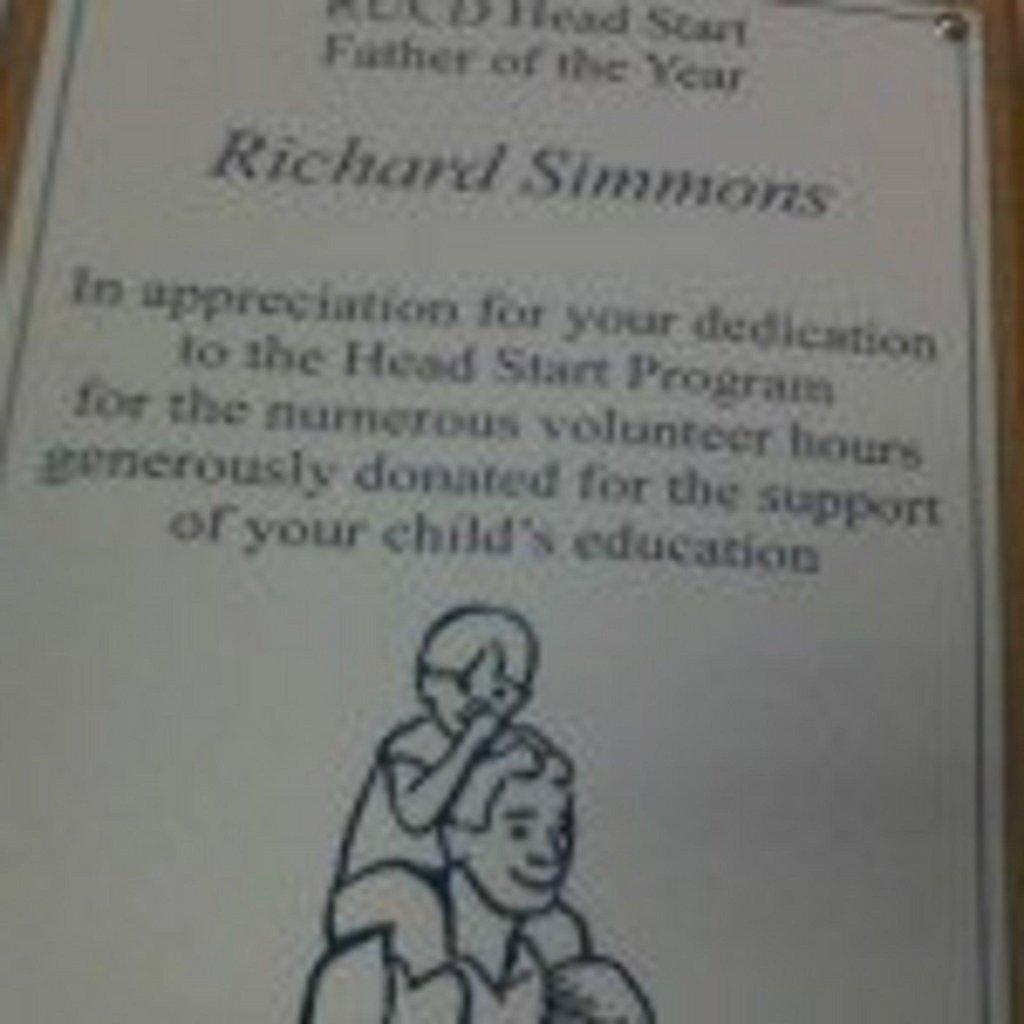