Lawrence Dow Jr. and his son Richard both recently returned from the 15th World Championship of the International Tang Soo Do Federation in Washington D.C. from July 26-29.

Lawrence and Richard both teach local karate classes at Dow’s Karate & Fitness, specializing in Tang Soo Do, in Price and in Huntington.

While in Washington D.C., Lawrence, already a third-degree black belt, took his masters class in front of five masters, all with fourth-degree blackbelts and above. Lawrence was tested on forms, weapons, fighting, breaking, history, terminology and self-defense. He will find out within a month on the results of the test.

Lawrence also came home with two medals; a bronze in forms and a silver in weapons. He was also awarded with the Loyalty Award from the International Tang Soo Do Federation. Lawrence competed against 14 other third-degree blackbelts, all of them testing to become masters.

The Dow’s have been teaching Tang Soo Do in the local area for the past 15 years. They have locations in both Carbon and Emery counties; on 40 North Main Street in Hungtington and on 27 North 100 West in Price. For more information about Dow’s Karate & Fitness and how to sign up for classes, go to www.dowskarate.com. 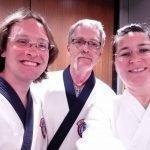 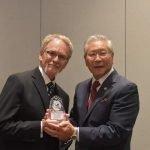 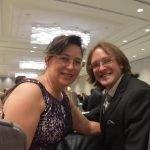 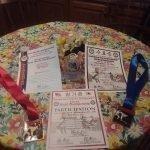