This Father’s Day, dads may get a friendly seat belt reminder versus an official warning or a ticket. Local law enforcement along with the Southeastern Utah District Health Department will be participating in a seat belt education program with the slogan “Stress-free style: Your seat belt goes with everything. Buckle up.”

While official warnings and citations are sometimes necessary, local law enforcement is aiming to give dads not wearing a seat belt a friendly reminder this year by presenting them with a tie and some education regarding the importance of wearing a seat belt. Price City Police officers along with Carbon County’s Sheriff’s deputies will be participating on Father’s Day with ties provided by the health department.

Earlier this year, the Utah House of Representatives passed a bill that tightens laws on wearing seat belts. Previously, the law was a secondary offense. House Bill 79, sponsored by Rep. Lee Perry, makes not wearing a seat belt a primary offense, allowing officers to issue warnings on a first offense. On the second offense, an offender can be fined $45. 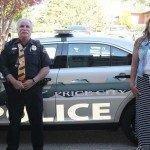 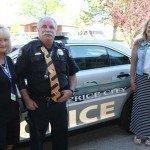 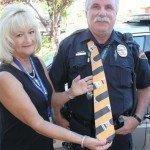