In the most recent edition of Utah Business, Price’s own Big Don’s Pizza was chosen among five other eateries as a worthwhile place to fuel up when traveling through the beehive state.

Working its way into the magazine’s “Travel Fare” section, the publication praised the pizzeria for its variety of choices as well as its homemade touch.

“It’s great,” the store’s owner Jeff Nielsen expressed about being featured in the magazine, laughing about the article being a form of free advertising as well.

The store first opened its doors nearly seven years ago with one goal in mind summed up by Nielsen as, “Make great pizza,” a goal he feels they have accomplished.

Besides offering those in the area great food, the business also tries to support local causes and fundraisers as well.

The menu for the restaurant is a collage of adventures for your tastebuds, with choices ranging from the famed “Toninator” which features spinach, marinated chicken, artichokes, asparagus and Asiago cheese to the Kaluan Pig topped with Italian Sausage, ham, bacon, pineapple and apples.

The establishment also offers “boring classics” such as cheese or pepperoni as well as a variety of dessert and salad options.

To call and place an order with the restaurant, individuals can call 435-637-3667 or dine in and enjoy the pizzeria’s homey Italian ambiance at 170 West 100 North in Price.

Big Don’s Pizza is open Monday through Saturday, 11 a.m. to 8:30 p.m. with the store closing an hour later on Friday and Saturday. The restaurant is closed on Sunday. 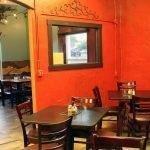 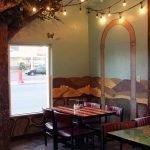