Pictured: Emery High Senior and sterling scholar Riley Rasmussen helps a student during the school’s Hour of Code, a national event aimed at helping students understand and explore the world of computer programming.

As part of Computer Science Education Week, from Dec. 5-11, Cottonwood Elementary students had the opportunity to take part in a nation-wide activity known as the “Hour of Code” on Thursday throughout the day to learn more about computer coding and the work involved.

The organization is aimed at helping the rising generation learn as much as possible about programming, a field which is expected to hold many jobs in the future.

Rasmussen originally had the idea over the summer after helping a number of challenged students in the district learn computer skills.

After hearing about the website from a technology specialist at the school district, Rasmussen decided to take the Hour of Code to the elementary school, helping students in kindergarten to the sixth grade.

“Every single student that came out of that room was excited about it,” said Cottonwood Elementary School Principal John Hughes.

Rasmussen was also available Thursday night to show the parents of students how to utilize the free website so that parents could also do similar coding activities with their children. 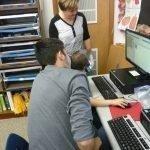 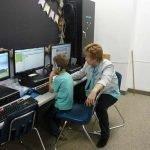 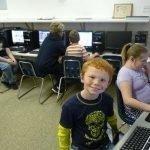 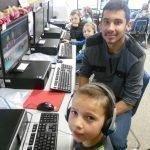 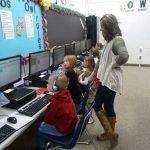 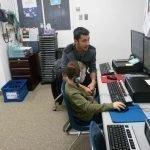