Carbon and Emery Future Farmers of America (FFA) members traveled to the 94th Annual Utah State FFA Convention on March 10 and 11. The convention took place in Layton at the Davis Conference Center.

Carbon FFA President Maycee Fivecoat stated that the Dinos previously won the Area Contest for Parliamentary Procedure, resulting in a placement to compete at state. While they did not place on the state level, they took many lessons from the experience. Students on the team included Dmitri Bordea (chair), Jace Rutherford, Ryanne Ansted, Josie Jarrett, Taie Day and Jack Banasky.

The Carbon FFA chapter received a Superior Chapter Award at the convention while advisor Jacie Pressett received an award for her honorary membership. She was praised for her dedication and passion for FFA.

“Carbon FFA would like to thank Mrs. Pressett for all her time, support and love she gives toward this organization,” said Fivecoat.

The state convention is a highlight of the FFA members each year. 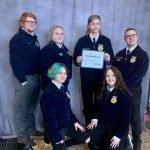 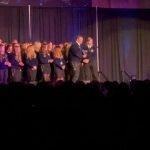 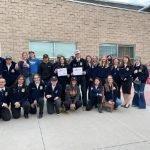 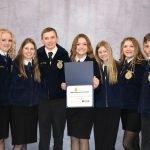 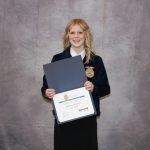 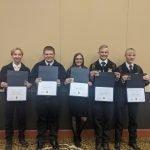 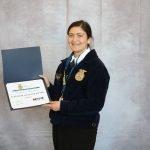