The Honor Flight is a nonprofit organization that is dedicated to providing veterans with honor by transporting them, through flight, to different memorials and stations pertaining to the military. The flight must be signed up for and currently has a waiting list of over 27,000 veterans. One of the most recent honor flights that took place had three Castle Country locals on board.

The first was Calvin E. Fox. At seventeen, Calvin E. Fox left his family in Miami, Florida for Navy boot camp in Maryland. He was assigned to serve as an Apprentice Seaman on the USS Swift AM122 an Auk-class minesweeper acquired by the United States Navy for the dangerous task of removing mines from minefields laid in the water to prevent ships from passing.

The Swift arrived at Norfolk, Virginia in January of 1945. After preparation for duty in the Pacific, it departed for Miami, Florida. When it arrived there on March 30, an air-search radar was installed. The ship departed on April 26,1945 for the Panama Canal Zone and the U.S. West Coast, arriving at San Diego, Calif. on 15 May where Fox was put in Balboa Naval Hospital for two months. When released, he got orders to go to the Long Beach, California Military Base. Swift sailed without Fox on May 17 for Hawaii. She arrived at Pearl Harbor on the 26th and sailed to Guam six days later.

Fox’s naval career ended in August of 1946 as a Seaman Second Class. He continued with the Seabees and was awarded the Naval Reserve Medal for the completion of ten years of honorable service in the U.S. Naval Reserve.

“The trip was amazing and they treated all the Veterans with the respect they deserved and with such grateful hearts,” said Calvin’s daughter, Janet Roberts. “They really loved the veterans, awarded them medals of honor and the veterans made many new friends.”

Fox’s guardian for the Honor Flight was his son-in-law (son) Larry J. Roberts.

“My daddy, Calvin E. Fox, a WWII veteran, always refused going on this trip. He didn’t like to fly,” Janet explained. “Finally, after much persuasion from my husband Larry J. Roberts (his son-in-law), a Vietnam Veteran, he finally said ‘Okay son, I’ll go if you go with me.’ So Larry went as the guardian and my daddy had the trip of a lifetime.”

“He has always been a special man with faith in God, love for his family and with the most giving heart I know,” Janet said. “Now, the man that came back from this trip is a man full of American pride.”

Janet explained that since the flight, her father has received letters from local school children commending his service.

“Now, has asked us to take him to the three schools, so he could meet the children,” Janet said. “Of course we said yes!”

Janet concluded, “The Utah Honor Flight program is amazing and it couldn’t survive without caring hearts like Nate Wade Subaru that sponsored the flight my father went on. Thank you, thank you to all that made this possible for my father.  If you are or know of a veteran that has not been on this trip, convince them to go. They deserve it!”

Calvin has resided in Price Utah since 1976.  Everyone that knows him will tell you he is a great hugger and would give you the shirt off his back.

The second local on the flight was Jack Butler. Butler’s story of service began when he graduated from high school in Spring Lake, Utah. He had no intention of enlisting in the military but the Vietnam War had started years before and he was soon drafted. Originally, Butler was told by his doctor that he would not serve because he had an 18” rod in his right leg from a previous horse accident. However, an army physician told him he had a quota to fill and he would serve.

Butler went to Vietnam as a sergeant, where he served with an artillery unit. After two years of service, in July of 1988, he was told he could go home. However, no one came to pick him up and he walked until he could hitch a ride.

After his flight back to America, he had to find his own way home. He had been told not to wear his uniform as people would scorn and berate him. According to Butler, he became ashamed to have been soldier from Vietnam. No one ever thanked him for his service or even gave him a smile, he said. Once home, he took off his uniform and never had anything to do with the army again.

This was over 50 years ago and he held that horrible feeling inside him all that time. Butler later began to share some of his experiences with his grandsons and the horrible memories caused him to develop PTSD.

Then, Butler’s wife found out that they were now including Vietnam veterans in the Utah Honor Flights and Jack was awarded this trip. He finally became proud again and can actually hold his head up high because so many people have thanked him for his service.

“I had the honor of escorting my hero, my father, on the Utah Honor Flight to Washington DC,” said his son, Dusty Butler. “We traveled with 24 other Vietnam Veterans. When we got off the plane in Baltimore, it was amazing. Just average, everyday citizens stopped what they were doing to pay respect. My dad looked up with a tear in his eye and said, ‘It’s about time these guys get the welcome home they deserve.’ I couldn’t agree more. 50 years late but better then never.”

The third local participant in the honor flight was Dennis Christensen.

Christensen served in the Marine Corps for three years when he was 19, then did two tours in Vietnam. Upon his return, Christensen stayed in California for schooling. However, Christensen recalled that the reception upon returning from Vietnam was not a warm and welcome one. Many American citizens did not view the work being done in Vietnam as honorable.

This, to Christensen, was very disheartening. Thankfully, Christensen was able to be a part of the Honor Flight, where he states that his honor and pride in the country was more than restored. Christensen stated that first, a stop was made at the National Guard in Salt Lake City, where the veterans were given hats, t-shirts and the like while being treated very well.

At the airport, Christensen recalls men from the reserve marching with them to their gate. A really special moment to Christensen was when seemingly everyone in the airport, including those working, stood and clapped for the veterans. Landing in Baltimore was also a special event as the plane landed between two firetrucks that sprayed water cannons over the plane.

From there, Christensen states that they were treated greatly with full meals, hotel accommodations and more displays from drill teams and guards at the Arlington National Cemetery. The group made stops at many memorials and archives. Returning to Helper did not mean a shortage of honor as the local police and fire department followed Christensen from the Carbon County golf course as he made his way home. This was a double honor for Christensen, who is a former police officer as well. 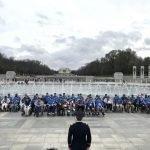 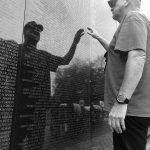 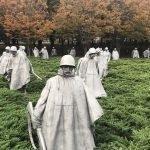 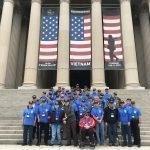 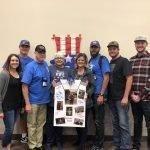 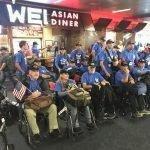 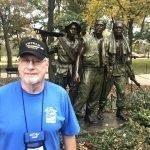 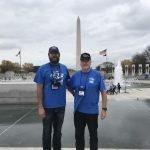 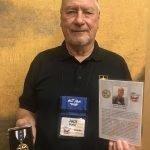 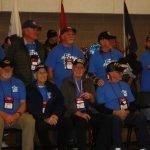 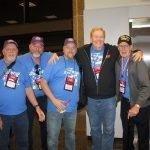 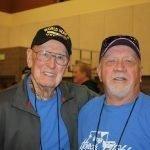 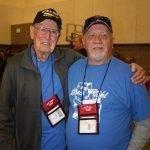 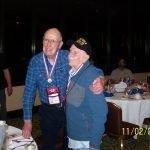 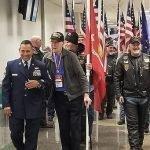 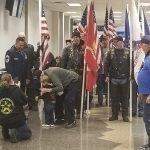 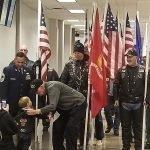 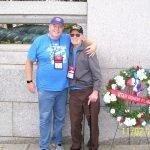 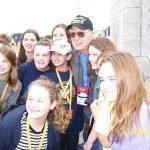 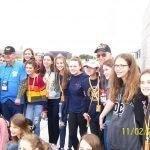 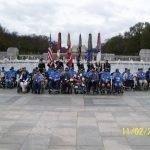 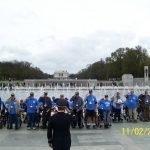 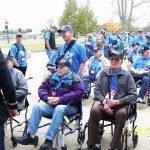 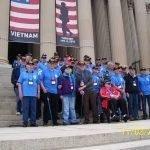 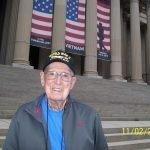 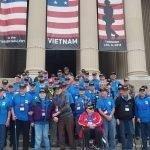