Monty Christiansen, the 16-year-old son of Kirk and Mistie Christiansen, was recently chosen through wrestle-offs to represent Utah on the national team in the USA Greco and Free Style tournament in Tulsa, Oklahoma. He was the 100 pound wrestler on the freestyle team.

Monty’s record for the two-day tournament, hosted on June 17 and 18, was five wins and two losses, also with two forfeits as other state teams did not have a light weight wrestler. The Utah team took 12th in the nation.

Monty has been practicing with the team twice per week at Utah Valley University for the past three months. He was grateful for the opportunity to attend the tournament, for the things he was able to learn and to be able to participate on a national level. 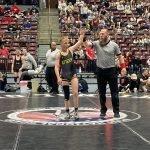 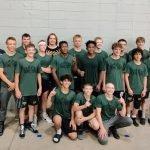