As a high schooler, Kristi Mingus attended an eight-day backpacking camp in Wyoming. Following the eight days in nature, she knew her life had changed.

“I learned that I could push through hard things, that I could travel to remote and beautiful places by foot, and that I wanted to choose a career path that allowed me to be outside often,” Mingus stated. “Ever since then, it has been a dream of mine to bring a similar opportunity to other high school aged kids.”

Recently, she approached Carbon County Recreation to pitch the idea for a similar camp, comprised of two separate five-day backpacking trips. One would be for young women while the other would be geared toward young men. However, this year, the men’s trip was canceled as they only had one sign up.

Mingus and friends provided additional gear with the goal to provide as much as possible for the participants in the hopes that there would be no limitations for any that wished to attend. Keeping the trip affordable was a large goal for Mingus, who decided to offer it for $50 a person. She expressed that such a low admission price was possible due to Carbon Rec and its assistance.

The trip then took place from June 26 to June 30, hiking along Boulder Mountain south of Torrey. Five girls between the ages of 13 to 16 signed up and three staff members, including Mingus, Sally Sanchez and Skye Albert, attended.

Mingus herself is a soil scientist that spends much of her working time in the San Rafael Swell whileSanchez is a nurse that previously lived in Spring Glen and Albert is a social worker that also attended the backpacking camp with Mingus in high school. The attendees practiced No Trace principles, experienced hiking with heavy weight at a high elevation and more.

“It was fun to watch everyone gain confidence and strength as the trip went on. On the first day, the idea of carrying such a heavy pack for 15 miles and four more days was likely daunting for a lot of the girls. But everyone pushed through despite blisters on feet, sore hips from carrying so much weight, and a few scrapes on legs from bushwhacking off trail,” Mingus stated.

Some time each day was spent with a journal to showcase the trip, thoughts and feelings. Mingus expressed the awe that the staff had in the young women for their growth and perseverance throughout the trip. She continued by stating that she has many “outdoorsy friends” that have only backpacked through a weekend, proving that a five-day journey for beginners was impressive to witness.

Waking up to see sunrises, star-filled evenings, croaking frogs and beautiful views were some of the highlights of the trip that stood out to Mingus and the rest.

During the final day of the trip, the group conducted a silent hike in order to allow the girls to silently reflect on the trip for the last few miles. Coincidentally, this silent hike was the only rainy time during the trip. Mingus believes that the silent hike turned out to be many of the attendees’ favorite part.

Mingus also shared a testimonial she received from a mom of one of the girls on the trip:

“The backpacking trip was an empowering and uplifting experience for my 15-year-old daughter. To be able to escape technology and the stress of daily life away in nature is a gift for anyone but especially important for teenagers’ emotional health. The leaders were fantastic,” shared Elisa Ray, mother of Miriam Ray.

The trip was such a success that Mingus stated they would like to host a similar trip again next year in a different location. Those that wish to be on the mailing list for future opportunities may sign up by emailing kristi.mingus@gmail.com.

“We definitely would not have been able to make this trip happen without the support of Carbon Rec, Skye, Sally, as well as the anonymous donors who offered money for food and sponsorships,” Mingus concluded. 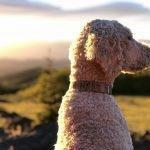 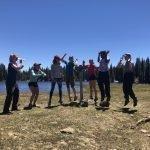 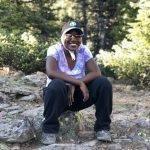 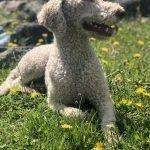