What could you do in one hour?

For several primary care physicians in the Castle Country area, an hour during a wintry Wednesday afternoon was spent in discussion of a matter close to many hearts and lives: suicide.

Referring to those in attendance as those on the front lines, Sorensen spoke about the scale, its use and benefits.

The scale features around six questions dealing with the suicide wishes and, if applicable, attempts of an individual. The scale, according to Sorensen, is very easy to administer and can be used by anyone.

The event also gave those in attendance a chance to learn about a similar risk assessment used by professionals in a situation to help someone with suicidal thoughts.

Examples of several risk assessments were available for free at the event as well, in addition to a sample safety plan that individuals can fill out to assist them during times of harmful feelings or thoughts.

Four Corners Community Behavioral Health, founded in 1975, offers mental health as well as substance use disorder services. The institution is also available for 24/7 emergency support as needed. Locations in Castle Country are as follows: 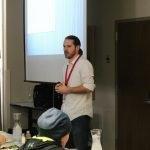 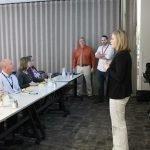 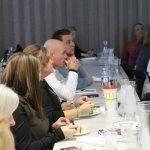