Kalab Prettyman was recently sentenced in the case of his wife’s murder.

Melissa, who was 37-years-old when she was murdered, was a native of Price City. The married couple had two children together. The first dispatch call was reported to have come from the family, who resided in Price at the time, when Kalab called and requested that the family pick up the two children following the shooting.

On Friday, Kalab was found guilty on three separate charges and received 32 years for first-degree assault, 12 months for child abuse and 48 years for second-degree murder.

A witness spoke during the trial, stating that Kalab had called them to let them know of the shooting. Kalab had not only called the said witness and Melissa’s family, but members of his own family as well. 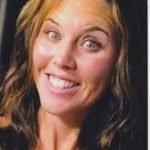