A Utah man is dead following a rollover accident in Indian Canyon on Sunday afternoon.

According to the Utah Highway Patrol, Decker Manning of Randlett, UT was traveling southbound on SR-191 near milepost 256, just seven miles northeast of Helper, when he approached a curve in the roadway. Manning was reportedly driving too fast and crossed over the center line before running off the left side of the roadway. The vehicle then rolled down an embankment and came to rest in a river.

“The male driver and only occupant was not wearing his seat belt and was ejected from the pickup as it rolled,” UHP shared. “He died on scene due to injuries sustained in the crash.”

Officials say excessive speeds appear to be the primary cause of the crash. 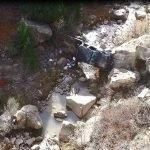 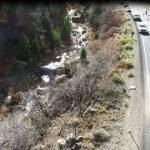 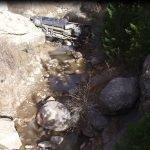