The Carbon County Chamber of Commerce hosted a “Best Place to Eat in Carbon County” contest throughout the month of June as the first of many contests to be included in their 2015 Best in Business Competition. Business patrons were encouraged to vote online for their favorite restaurant. Marsha’s Sammich Shop garnered the most votes and won the contest.

Marsha’s Sammich Shop is located in Helper and is owned and operated by Marsha and Rufus Ellington. Before opening her sammich shop, Marsha owned a restaurant in Vernal called Madhouse and later one in Salina, Madhouse 2. She moved to Helper in 2003. In 2006, her husband urged her to open her own place. They came up with the tagline “We knead your dough” and opened their doors.

Marsha’s breads are all made and baked on site, the cakes and pastries are handmade, the meats and cheeses are freshly sliced, all sammich sauces are homemade, and the soups are freshly made.

Marsha’s offers a wide variety of breads, soups, sandwiches, breakfast items, shakes and coffee. There are some gluten free and vegan items offered as well. 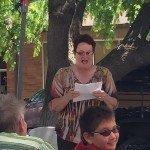 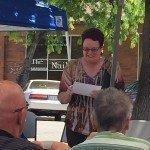 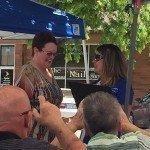 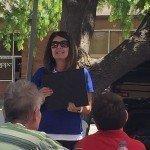 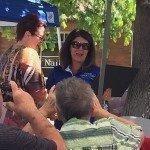