Due to cancelling the 2020 St Patrick’s Day Parade, Price City felt compelled to give the 2020 Grand Marshal, Jana Olsen, her due recognition, as well as honor the 2021 Grand Marshal, Paul Anderson.

As a young girl, Olsen’s favorite local place to visit was the Malt Shop in East Carbon and from that stemmed her love for all things drive-ins. As a teenager, Olsen began working there on and off as a car hop and cook until her life took her in other directions. She always dreamed that one day she would be able to return to the drive-in business by opening her own.

In late 2013, an opportunity arose for her and her partner, Ike Lee, to purchase the iconic Sherald’s Drive-In. Without hesitation, Olsen jumped on the opportunity to finally fulfill her dream as she and Ike made the purchase. After a few years and many long hours, Olsen completely transformed the drive-in to Sherald’s Frosty Freeze and it was once again a household name.

After her success with Sherald’s, three more exciting opportunities knocked on her door and Olsen was able to reopen Main Street Grill as Granny J’s in 2018, which is lovingly named after what her grandchildren call her. She also opened Club Mecca and the Filling Station in 2019. Olsen would like to thank her community and very loved customers because she would not be able to fulfill her dreams without them. She has been given so much love with each one of her adventures and she is excited to see where the future will take them.

Olsen is living proof that with hard work and determination, dreams really are possible. She is a lifelong resident of Carbon County with her partner Ike Lee, their four children and five grandchildren.

Paul Anderson is the owner of Eastern Utah Broadcasting. Anderson was born and raised in Carbon County; however, like many youth when they graduate, he left the area for college. He married his high school sweetheart and they have two kids, Bailee and Jack. In 2004, after working in the medical field for several years, Anderson moved back to Price to take over ownership of the family business and raise his two kids with his wife Ann.  Eastern Utah Broadcasting has been under the same family ownership and a part of the community since 1936 when KOAL went on the air.

In 1976, they added KARB as the first FM station in Carbon County. Since taking over the company in 2004, Anderson has added two more radio stations, including KRPX in 2006 and the all new classic rock station, ROCK 103, in 2021. Over the past 19 years, Eastern Utah Broadcasting has raised over $100,000 to help local residents fighting cancer by providing fuel cards to them.

Anderson is an active member of the Kiwanis Club of Price. He is also involved with keeping local public lands open for multiple use.

Olsen and Anderson will be riding in Saturday’s parade and were awarded their recognition plaques from the Price City Council last week. 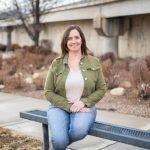