The 2022 Memories Matter Walk to end Alzheimer’s was hosted on June 12. The walk was organized in memory of Randie Hamilton, who passed away in 2020 from the disease.

Over 60 participants joined the walk, carrying windmills to signify how Alzheimer’s has affected their own lives, whether they have lost someone, cared for someone or were themselves living with Alzheimer’s. The group began at the Angel of Hope statue located in Price City’s Cliffview Cemetery. From there, they made their way down 800 North before making a stop on 300 East in front of Hamilton’s home, who would have been 71.

Lisa Mortensen, Hamilton’s daughter, stated that this was a great memorial and that that she hopes to host the walk annually to help raise awareness. She also announced that 100% of the proceeds raised during the walk will be donated to the Alzheimer’s Association.

“Thank you to everybody who came out to support our first annual Alzheimer’s walk. It was a beautiful morning,” Mortenson shared following the walk. “My heart is full today knowing we raised some money for the Alzheimer’s Association and helped raised awareness.”

Before the walk, Matthew Sorenson spoke briefly about his wife who was recently diagnosed Alzheimer’s, stating that they were having a hard time finding support. With this in mind, he announced that he is running a support group in Price City for those affected by Alzheimer’s. 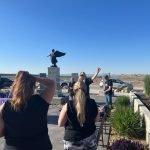 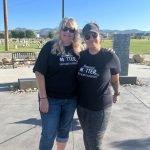 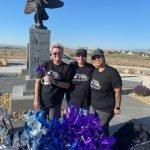 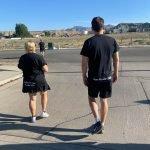 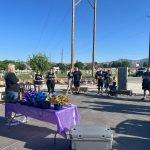 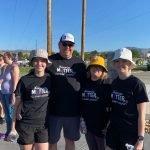 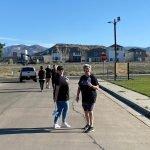 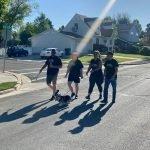 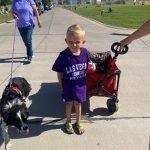 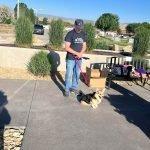 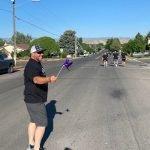 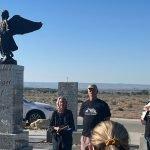 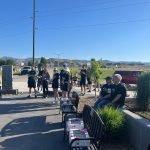 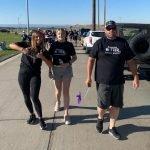