Sabrina Carter is a family nurse practitioner who specializes in mental health wellness and Zena Robinson is a social worker specializing in life coaching at a firm in Price called Positive Pathways. For both, what they do is help people to be all they can be, both in their lives and in the community.

They also reminded people that mental illness is not something to be shunned aside or ignored, but that it should be taken just as seriously as any physical ailment may be.

“Mental health care in our community has some barriers,” said Carter, who is originally from Columbia, Utah but lived many other places around the world before returning to Carbon County. “Everyone comes to the table with some baggage and everyone struggles emotionally in their lives. Life is a series of excruciating experiences and there are some people that need more help getting through those than others. So, one of the barriers I have found in this area is that when people work on their mental health, it is seen as a weakness. But that’s not true.”

She said that there is a cultural block in the area where a person that is struggling with individual mental problems is somehow unfit in some way. She said that is one of the things she is trying to change. And, she said oftentimes the strongest people she knows are individuals whose backgrounds would surprise people.

“The strongest person I know is an old Vietnam veteran who is schizophrenic with a heroin addiction,” she stated. “Many would consider this person as weak, but I have been all over the world and I have met a lot of people and I am saying that this gentleman is that very thing. He has been sober for 40 years. That is a huge accomplishment.”

Carter said that most people locally are really good at pointing out when people need physical help, but that isn’t true when it comes to mental illness.

“If someone says ‘I have depression’ or ‘I am thinking about suicide,’ what do most people in this community say?” she asked the group. “We say pull yourself up by your bootstraps. That’s what we do.”

But she pointed out that many mental problems are caused by physical discrepancies in the body, like physical ailments are. She said 70 percent of all depression comes from a lack of serotonin (a substance that causes a sense of well being), that anxiety is often caused by too much nor epinephrine (adrenaline) and that a person that is schizophrenic or bipolar has a body that produces too much dopamine (a pleasure neural transmitter).

“So, if that is the issue, you can see why telling someone to pull themselves up by their bootstraps does not work,” she explained. “There is clearly a clinical issue there.”

Carter said she sees her goal as educating the community on these things. She said she wants people to not see being vulnerable as a weakness.

She also pointed out that when an individual comes to her clinic, they just don’t focus on pills to solve the problem.

“I am not a pill pusher,” she said. “I expect way more from the clients I see. When someone comes to see me, we do a lot of in depth interviewing and questioning. At the end of all that exploration, we are going to talk about medications, the side effects and the benefits and then they can make up their own mind. It is my job to educate the client.”

She said mental well being involves many kinds of things, including therapy, which is difficult because clients are going in front of a total stranger, telling that person all their fears and worries.

“Working on mental illness is incredibly hard,” she stated.

Carter said that she often talks to patients about spirituality and what that means for them (not necessarily religion) and socialization.

“It is not healthy for one to sit in their room or their house all day long and spend the time thinking about themselves and all their problems,” she stated. “Socialization distracts the brain and that is a necessity for good mental health.”

She also said that she also talks to clients about physical exercise.

“I do not have any pills or anything in my bag of tricks that can even compare to what physical exercise can do for a person’s mental state,” she explained. “That alone can reduce anxiety or depression by 50 to 60 percent. It floods the brain with dopamine, which no kind of medication can do.”

She said that mental wellness is also the basis for good physical health.

Carter also stated that she does work with people who are substance addicted as well. She stated that not everyone who wants to become clean has to spend thousands of dollars on rehab, but many can do it, with help, on their own. Out-patient detox is not out of the question for many, using a series of other drugs that help to replace and mitigate the affects of a detox.

Robinson works with Carter as a life coach. She said being in that position is similar to having a sports coach to improve a person’s athletic skills. But in this case, it is to have them help someone with their life goals and decisions. She said that the inner opponent, they themselves, is the toughest adversary anyone faces.

“That inner opponent can be totally criticizing, totally questioning us all the time,” she said. “A life coach is a professional that helps others reach their goals or helps them to make changes in their life. It helps to have someone to get people on the right track and to help them to feel better about themselves.”

She said that people who hire life coaches must be willing to put in the work and be willing to make the changes they desire. People need to stretch their thinking and taking action is important when committing to be coached. Changes in life, predictable and unpredictable, can benefit from having someone there to coach a person.

“The list of things that can change are endless,” she said. “Some are prepared for changes, and others, no matter what their life experience or educational background, are not. Asking for help should never be stigmatized. It doesn’t mean people are weak, but that a person is experiencing something they have not had to face in the past. Life coaching helps one learn to make the choices that create an effective, balanced and fulfilling change.” 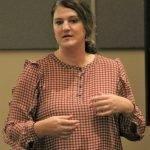 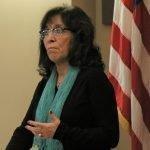