Now that most of the preparation has been completed, work seems to be progressing rapidly at the Millsite Dam Rehabilitation. There are two main areas of focus at  the construction site right now: the spillway and outlet tunnel.

Most of the earth work is waiting for the concrete construction of the spillway and outlet tunnel. The outlet tunnel and valve house are almost complete and ready for the installation of the valves. This work on the outlet seems to be on schedule and should be completed by the first part  of March, according to project leaders.

Testing of the outlets and systems should be able to begin in time to make it possible for Ferron City, PacifiCorp, and Ferron Canal and Reservoir users to receive their water on time for regular release. The pipes are arriving and being welded together to carry the water to each entity. The reservoir has also risen 12 feet since drainage in the fall. There is, however, a very good chance that the reservoir will not fill this year with the scant water year, as low or lower than 1977.

Six hundred cubic yards of concrete have already been poured on the new spillway and there is an expected 500 more by the end of the week. According to project leaders, the spillway work is somewhat behind schedule as each little storm adds dust and debris to the already poured concrete and has to be cleaned off before more leveling concrete can be poured. It is important that each level of cement can adhere to the previous one to make it a solid piece. Rebar construction is also advancing in each area before the concrete is poured. 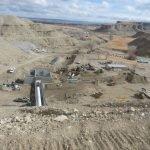 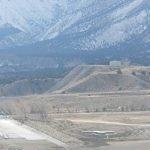 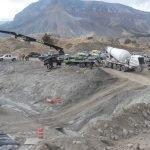 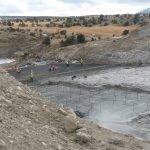 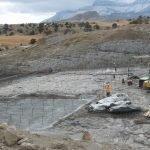 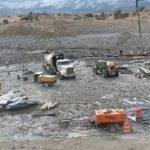 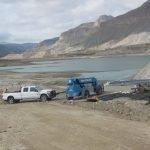 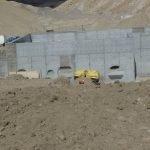 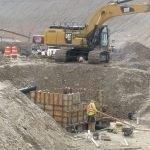 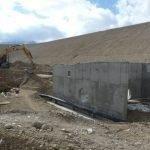 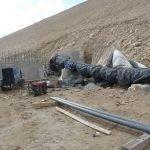 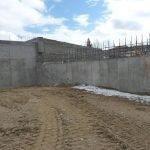