The new Carbon Power Plant monument was celebrated with a ribbon cutting ceremony on Friday afternoon. The Carbon County Chamber of Commerce hosted the ceremony in conjunction with elected officials, monument stakeholders and members of the community.

The Carbon Power Plant was an icon at the junction of Highway 191 and Highway 6 for over 60 years. It was retired on April 15, 2015, which was followed by four years of work as the plant was dismantled. Much of the plant material was recycled and the site was restored.

“When Carbon plant’s two units were constructed by Utah Power & Light Co. during 1953-57, it was the company’s first coal-fueled power plant to be located adjacent to coal resources,” the monument reads. “Company publications of the day called it ‘the first of the giants’ due to its large size relative to other hydroelectric and coal power plants on the system at the time.”

It was further explained that the plant was designed to supply the growing needs of the company’s electric customers in the expansive years following World War ll. The plant was considered a pioneer in electric service in the region, creating opportunity for larger investments in Utah’s coal country. The Huntington Power Plant followed in 1977 while the Hunter Plant was completed in 1983.

“Carbon plant’s long service life was due to its relatively low cost and high reliability,” reads the monument. “During these years, it generated nearly 66.9 million megawatt-hours of energy. That’s equivalent to the energy consumed by some seven million modern homes in a year.”

The plant serviced homes, business and industries throughout the Intermountain West during its lifetime. Then, when Utah Power became part of PacifiCorp in 1989, the Carbon Power Plant played a role in the larger company’s regional electric network, which now serves customers in six states.

Throughout the decades, the plant employed 699 people. These were well-paying jobs that supported entire families while also adding significant economic benefits to the communities in Carbon and Emery counties.

The new structure pays tribute to this iconic power plant and the people that worked there. The monument was constructed by local company Badlands Fab and measures 13 feet wide by eight feet tall. Solar powered lighting ensures that the monument is lit and visible to those traveling at night, reminiscent of the former structure.

Funding for the project was made possible by Rocky Mountain Power, Utah Power and the Carbon County Tax Advisory Board. Badlands was also instrumental in making the project as affordable as possible in order to bring it to fruition. 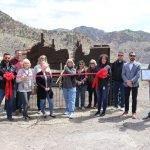 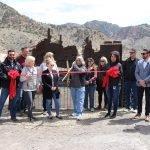 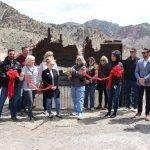 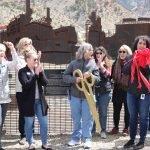 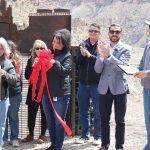 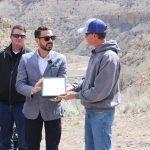 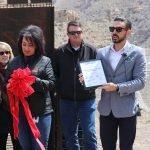 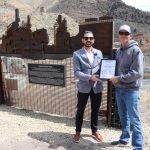 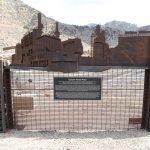 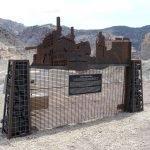 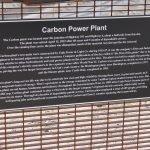