Morley Baker began creating MOR Snacks in April, following in the footsteps of a company he had previously began entitled Eatables. Baker stated that Eatables sold products into break rooms and would sell items such as chocolate almonds, toffees and other treats.

Baker had an issue with Eatables as he had a realization at one point that, rather than providing a product better for the consumer, his company was trying to label the product as such without much backing. This led him to develop snacks without added sugars and preservatives. He said MOR Snacks are a natural and physically good product that fits outdoor and active on-the-go lifestyles.

The company will be launching sometime in August and will begin with four different options with the tagline of “MOR Snacks is the most basic snack that’s actually really good.” Baker stated that they are attempting to create a basic, simple product without the unnecessary additions. They strive to have consumers eating a product that is completely natural and nourishing in an effort to develop that habitually healthy lifestyle.

MOR Snacks will be a snack-mix style product that includes freeze dried fruit, nuts and dried cheese. This is a really unique type of mix that does currently not exist with exciting new flavors, Baker said. He explained that this cheese is a very unique and interesting product that pairs well with fruits. Baker wished to challenge that fact to see if the cheese also paired well in the dried form.

Following the launch with the four options, a product launch will follow shortly with more flavor choices. At this time, all of the orders and interaction will take place online and those that wish to view the products and make their own orders may do so by clicking here.

Baker concluded by expressing that they are attempting to partner with other local companies who emulate a similar brand and vibe as MOR Snacks, which promotes the active and outdoor lifestyle. Some of the partnerships that Baker stated are in the works are developed around places such as Moab, national parks and more. 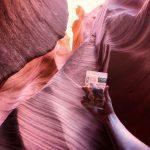 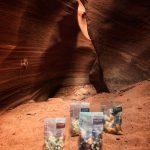 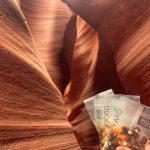 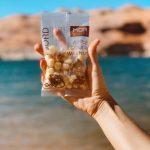 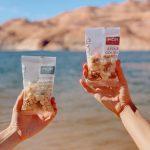 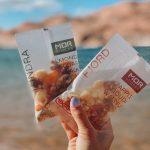 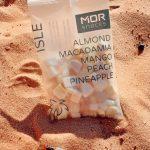