The meeting covered a variety of topics including a curb and gutter project on 100 North and 200 West.

The project was granted up to $20,000 from UDOT, to be reimbursed, and was open for bidding until May 22. During that time, the project received no bids. Because there were no bids, city staff would need to select and approve a contractor. The council said that as long as the project remains within the budget, they would approve a local contractor to complete the project.

Public comments at the meeting included a quick overview of how the city is working to update and improve local retails as well as help small businesses create better advertising. A proposal for portable restrooms at the Carbon High baseball field during summer league games was also discussed.

Mayor Piccolo was also given an award of appreciation from the Boys of Price American Legion Post 3. 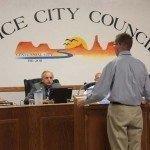 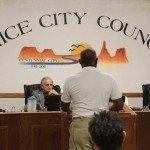 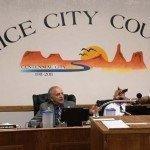