Cha celebrating the Greek Orthodox Church Centennial with her family

Mother’s Day is a time to reflect on not only your own mother, but the many wonderful mothers that reside in our community. There are many strong, willful women that go above and beyond each day to ensure that Castle Country is a great place to visit, live in and enjoy.

One such example is local Pamela Cha; a woman who has touched many lives and always makes sure to put her family first. Cha began making a difference when she chose a career as an educator. She taught first at Brighton High School and Brush Junior High School.

Cha then took a break from teaching for 13 years, working as a Consultant and Chief Financial Officer for the Uintah Mountain Copper Company. Cha made her return to education in 2003, when she was hired by the College of Eastern Utah to teach in the communications department. This is a position that Cha still holds at USU Eastern. She is a professor that many state they have enjoyed.

However, Cha’s impact on the community does not end with her education career. Cha is involved in many organizations throughout Carbon County including Community Cares, Circles, Soroptomist and Philoptochos. Each organization that she wears a hat in are philanthropic and charitable, aiming toward the same goal of bettering society. For 25 years, Cha has been a member of Soroptomist and served in numerous positions. Her most recent is the chapter president.

Cha also assists in the Live Your Dream Award, which awards single mothers with scholarships who cannot afford to go to school. Working in Philoptochos, Community Cares and Circles, Cha has a hand deep in the work that goes toward making the community a safe, comfortable and fun living environment. The programs all aid in overcoming poverty, assisting the homeless and the like.

In addition to her education career and organization positions, Cha also volunteers whenever possible. She works with many fundraisers and always lends her support greatly to the Greek Festival that takes place each summer. In her personal life, Cha is always prepared to assist someone that is sick or in need with a home-baked meal or her famous Greek pastries.

On Fridays, Cha volunteers in her daughter Stephanie’s first grade classroom, giving students hugs and encouragement. She has even been a workshop presenter at the USU Eastern Women’s Conference. However, Cha’s greatest and proudest role to date is mother. Cha always makes sure that her children are the first priority in her every day life, encouraging them to follow their hearts and succeed in any way. Cha is the mother of two, Joshua and Stephanie Cha, who are both in their late-twenties.

“Even amidst all she does in the community, she still makes time for her family; she makes us her priority even though she is so busy and has a hand in so much of the community,” Cha’s daughter Stephanie said. 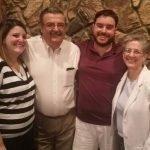 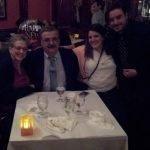 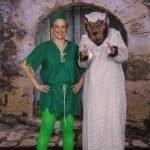 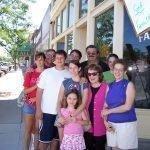 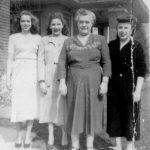 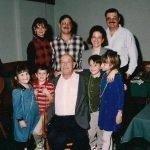