According to the Utah Highway Patrol (UHP), the incident occurred on Highway 6 at mile post 298. At 10:45 p.m., an eastbound motorcycle with a lone rider crossed the centerline and impacted in a head-on style with a semi.

“The rider of the motorcycle died on the scene from injuries sustained in the crash,” UHP shared. “Alcohol, prescription drugs and windy weather are all possible factors in the crash.”

The highway was closed following the collision, which resulted in a fire that completely destroyed the semi and its cargo. Both directions of travel were closed for approximately four hours.

The Utah Highway Patrol has not released the name or any identifying information of the motorcyclist. 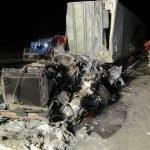 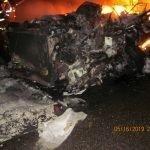 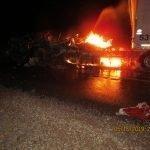 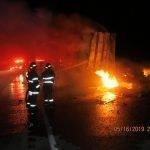