Beth Patrick visited the Cleveland Town Council on Thursday evening during its regularly scheduled meeting to sign the rental agreement form for the old town hall and her newest venture.

Patrick will run Mrs. Beth’s Busy Bee’s Preschool within the building. Patrick stated that she had previously spoken with the council about the school room and the door that goes into the extended room. She then requested the consideration of moving the classroom into the adjacent room. Patrick assured the council that she would have assistance in cleaning out the room and readying it for the students.

The reasoning behind Patrick wanting the use of the other room is that the designated classroom is very small. She also stated that she did not believe that anyone was occupying the adjacent room, which has two windows and direct access outside.

Mayor Michael Taylor stated that he personally did not have a problem with her using the other room and informed her that they would have keys made for that room. It was also stated that the room would be a better fit for Patrick’s class as the noise from the gym being utilized would not be heard.

Members of the council expressed their excitement for the preschool class. The contract was then signed and Patrick was given a copy. 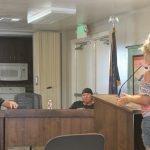 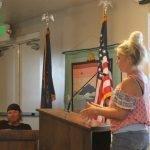 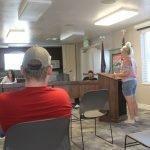