On Friday, citizens from Emery County attended an open house at the Museum of the San Rafael for its new exhibit, Old Spanish Trail.

Upon entering the Museum of the San Rafael, people followed sets of footprints leading them into one section of the museum where they learned about “Trade Along the Way.” They then followed burro tracks, which led them to another area where they were taught about “Slavery and the Trail.”

When the tour of the museum and the Old Spanish Trail exhibit were complete, they gathered together in the meeting room to enjoy a snack and the company of others in attendance.

The Emery County Historical Society invites citizens and everyone associated with the armed forces in our county to attend its annual “Salute To Our Armed Forces” with a Veteran’s Program on Thursday, November 13 at 6:30 p.m. at The Museum of the San Rafael. 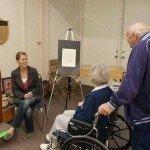 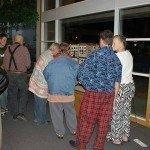 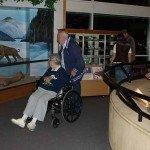 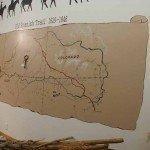