Nearly 70 years ago, Carbon College purchased a 1948 Baldwin for its music department, offering piano lessons to students at the university. Fast forward to only a couple of years ago and the music department was non-existent as space, resources and professors were limited. Now, one of the university’s newest offerings isn’t just a new purchase order, it’s a sign of changing times.

“To me, the story is not that we got a new piano, it’s that music is back at USUE,” said David Dickey, owner of Lee’s Music in Price. Dicky recently assisted the university in a purchase for its music department, an undertaking that will make in impact for years to come.

Now, those walking through the music department at USU Eastern can not only see three generations of pianos, stemming from the years 1948, 1987 and 2017, but also new practice instruments and a complete line of pianos for university courses.

And while Dickey helped bring the new pieces to the university, the recent surge in music heard through the halls of USU Eastern comes largely from Larry Martin, the man now heading the music courses at the university.

“One thing I have learned is the power of one person,” Dickey said. “What Larry has brought back to the part is a commitment to bring the music department back to the community. It took somebody like Larry to get the program going again.”

Much of this support has come in the form of funds to make the music program at the university more desirable not only for students, but also for professors looking to teach young minds.

“Without nice instruments here, it is difficult to attract not only students, but also professors,” Dickey said.

This requires reliable instruments as well as adequate practice space, which can now be found in the USU Eastern’s Central Instructional Building.

The building houses a variety of rooms stocked with practice rooms as well as space for choir and band courses. This has allowed the university to grow from a single-digit choir group in the past to two choir groups and a drum line for the 2017 school year. While this growth is welcomed after the short time Martin has been at the university, he knows it is just a start.

“The hope is that we can have a band in the future,” Martin said. “From there, we just plan to keep growing.”

With many plans on the horizon, Martin is working long days to ensure that what is offered now is the best it can be. This includes constant piano lessons, taught by 19-year university veteran Elise Tuttle, and work with the two expanding choirs.

But this program is not only for university students. Martin is firm in his belief that the direction of the music department at the university has a strong impact on the community. This comes in the form of opportunity for community members to become involved in the program, whether residents take the stage in a community-wide production or gather in the audience for a concert.

“I think the community wants to have a good music program here,” Martin said. “And the university has been very supportive. I have to take my hat off to them for their support. I would also like to give special thanks to Lee’s Music and the community. Without them, this would not be possible.” 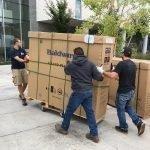 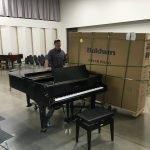 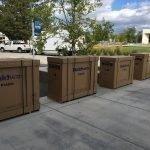 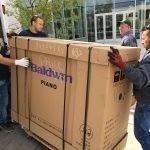 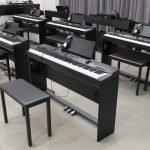 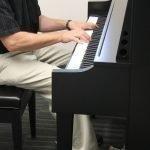 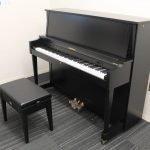