Crowds gathered at Maverik in Castle Dale throughout the day on Saturday to see the M&M’s racing NASCAR race car previously driven by Kyle Busch.

Toward the end of the 2014, Maverik Country Stores hosted a contest to see which Maverik store could sell the most M&M/Mars Candy products. Whichever store sold the most candy would win the opportunity to have Joe Gibbs Racing Show Car representatives and ambassadors for M&M/Mars, John and Kristine Hafer, bring the race car to their store.

Kelly Boren, Kyle Busch fan and manager of the Castle Dale Maverik, made it her goal to win the contest. With the help of the Emery County Sheriff’s Office, Emery High School students and the entire community, Maverik not only won the contest, but sold twice as many M&M/Mars Candy products than any other store.

In addition to the M&M’s NASCAR race car, people were also able to see Maverik’s Adventure Quencher Sweepstakes prize. One lucky Maverik customer is going to win a 2014 Ford F150 4X4 Supercrew pickup truck and a 2014 Centurion Enzo FX44 boat, a prize totaling $177,980. To win the prize, customers must submit their trail points before midnight on March 31.

There was a race car simulation game for children to enjoy their own racing experience and M&M’s “Red” was present as well. 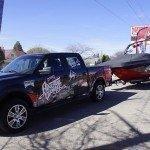 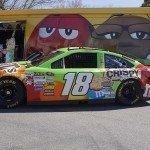 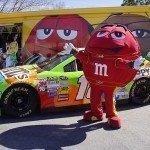 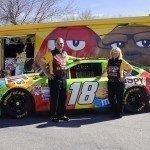 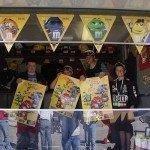 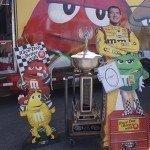 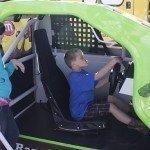 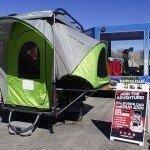 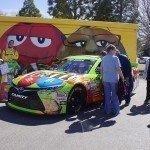 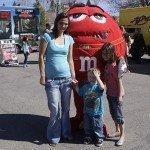