Several Emery rodeo team members made it to the championship round at the state finals rodeo last week. These athletes include Ryter Ekker in the rifle shoot, Kinlie Jensen in goat tying, Abbi McElprang in breakaway roping, Ryleigh Allred in barrels, Cole Magnuson in team roping, bulls and saddle broncs, Byron Christiansen in reining cow, saddle broncs and barebacks, and Monty Christiansen in reining cow. Byron will represent Utah on the national team in both saddle broncs and barebacks.

Carbon rodeo team members making it to the final round were Kashley Rhodes in the rifle shoot, Shalako Gunter in trap shoot and light rifle, Ean Ellis in tie down, and Wesley King, Kayson Peterson and Kaden Donathan in steer wrestling. Those who made it to the top four included Gunter, who took the top spot in the trap shoot, and Ellis in tie down roping. These two athletes will compete in Gillette, Wyoming in July as part of the Utah national team.

Congratulations to all of the rodeo athletes on an incredible season! 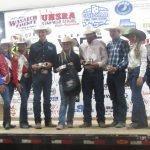 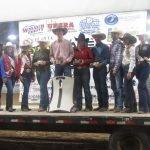 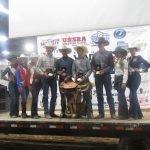 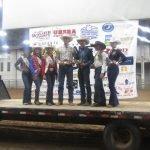 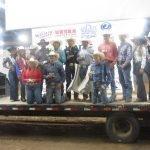