Salt Lake City — Starting this season, hunters will have more chances to spot and stalk bears in Utah.

At their meeting on Jan. 10, members of the Utah Wildlife Board—a panel of seven citizens appointed by the governor—approved changes that will guide black bear hunting in Utah for the next three years.

DeBloois was also pleased with the board’s decision to keep black bear hunting rules consistent for the next three years. “The number of bears doesn’t fluctuate much from year to year,” he says, “so it makes sense to keep the rules consistent and not change them every year. Keeping the rules in place for the next three years will give us a better, long-term picture of how the state’s bear population is responding to the hunting rules.”

You can see all of the black bear rules the board approved in the 2019 Black Bear Guidebook. The free guidebook should be available at www.wildlife.utah.gov/guidebooks by Feb. 1.

The number of people who want to hunt bears in Utah has far outpaced the number of bear hunting permits that are available. To give more people a chance to hunt bears, board members approved a recommendation to hold more spot-and-stalk hunts.

In the past, spot-and-stalk hunts were held mostly on the LaSal and San Juan units in southeastern Utah. These units have the highest density of bears in the state. “Despite the high bear numbers,” DeBloois says, “only 10 to 15% of those who spot-and-stalk on the units take a bear. The success rate is similar to archery big game hunting. And those two units have a lot of bears. The success rate might be lower on units with fewer bears.”

Spot-and-stalk hunts will be held on 11 hunting units in Utah. On three of the units, an unlimited number of permits will be sold, but the hunt will end as soon as three bears are taken on each of the units. On the remaining units, a limited number of permits—a total of 205—will be offered. Based on a 10% success rate, DWR biologists estimate that less than 25 bears will be taken during the spot-and-stalk hunts.

(During spot-and-stalk hunts, you can’t pursue bears with hounds or use bait to lure bears in. Instead, you walk through the forest, hoping to spot a bear that you can stalk and take.)

Not changing the hunting rules every year would help biologists better determine the effect the rules are having on the bear population.

DeBloois says bears live for a relatively long period of time, have fairly low reproductive rates and aren’t affected much by severe changes in weather. Because the number of bears doesn’t fluctuate much, DeBloois says changing the hunting rules every year can actually be counterproductive to managing black bears effectively.

“A better way to determine how hunting rules are affecting a bear population is to leave the rules in place for a longer period of time,” he says. “Keeping the hunting rules and permit numbers consistent will provide us with a better, long-term picture of how the rules are affecting the population. That, in turn, will give us better long-term data that will help us draft the recommendations we present in 2021.”

If something out of the ordinary happens to the bear population before the three-year period is over, a couple of ‘safety valves’ are in place that allow immediate changes to be made.

“One is to meet with the Wildlife Board, explain the situation and ask the board to make some changes,” DeBloois says. “If we’re facing a critical situation, the director of the DWR has the authority to close hunts down. So, not changing the rules for three years doesn’t mean changes can’t be made if something drastic happens to the population.” 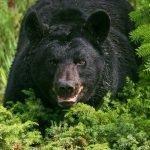 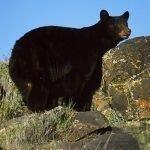 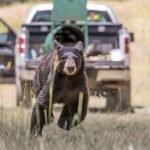 More spot-and-stalk black bear hunts will be offered in Utah this season.