When dinosaurs ruled, they didn’t pay attention to boundaries and had no language barriers. Homo sapiens, however, do.

As a result, dinosaurs and other reptiles, in the human scheme of things, are observed and written about by people who live within borders and speak different languages or attract researchers from other parts of the world. Such is the case involving the study of dinosaurs and reptiles from Mexico.

Some formidable research has been done on these ancient animals but up until now, findings have not been compiled into one book exclusively relying on the English language, the lingo universally recognized as the international language of science, except maybe to the French, joked Ken Carpenter, director of Utah State University Eastern Prehistoric Museum.

Carpenter shares a notable accomplishment with two other editors and 10 writers in the release of a new book “Dinosaurs and Other Reptiles from the Mesozoic of Mexico” that pulls together, for the first time, a Whitman’s Sampler of research into one single reference. In 232 pages, this new body of work comprehensively describes the ancient creatures that once roamed today’s Mexico when the region was part of the western margin of the Pangea supercontinent.

It took a super amount of work for Carpenter to wade through all the manuscripts from his English-challenged colleagues who did their best to translate their research from their native tongues into English. That included seven Spanish-speaking scientists, two Germans and one Canadian (eh?).

“I did all of the heavy editing,” Carpenter said. “First, I had to try to figure out what they were trying to say and then help them to say it. My role was primarily to make it readable.”

In the process, he did a copious amount of reading and learned a lot along the way.

“I knew about the dinosaurs but did not know that much about the rest of the animals,” he said. “I had to play catch up. It was a great opportunity for me to learn and expand my horizons, as well.”

The book, part of the “Life in the Past” series from Indiana University Press, delves into a wide variety of groups that inhabited Mexico, including turtles, lepidosauromprphs (i.e., lizards), plesiosaurs, crocodyliforms (i.e., crocodiles), pterosaurs and dinosaurs.

If eyes glazed over while reading some of those names, that would be understandable. The book is primarily geared for academicians, but it has its place for diligent dilettantes in this field of study, as well. “People who love lizards, for example, will find a gorgeous specimen of a complete lizard fossil,” Carpenter said.

The Hadrosaurids, or duck-billed dinosaur specimen detailed in the book, spoke to Carpenter’s special
fondness for dinosaurs. He was intrigued by the size of these ancient creatures that dwelled in Mexico,
clocking in at 14-feet plus tall. While one about as large was found in Utah’s Grand Staircase-Escalante
region, typically the Utah versions have been smaller. Coincidentally, this same area is the focus of a 20-
page story featured in the May 2014 issue of National Geographic.

For Carpenter, always the paleontological puzzle master, the footprints he found in the coal mines
around Price suggest to him that these giant duck-billed dinosaurs could actually have once tromped
across Utah. If he can manage to complete the puzzle by tracking down the actual bones, expect
another book.

Meanwhile he is finishing up his thirteenth book on the Tyrannosaurus (T. rex) of the Early Cretaceous called
Acrocanthosaurus. Some of his other books include “Eggs, Nests, and Baby Dinosaurs” and “Thunder-
Lizards: The Sauropodomorph Dinosaurs.” He also has to his credit more than 30 television appearances,
including the Discovery Channel and A&E.

His new book uses the Acrocanthosaurus to show how paleontologists come to the conclusions that
they do about dinosaurs such as what they ate and what the female egg producing system was like.
Spoiler alert: surprisingly bird-like. The book promises to be geared more for the non-scientific audience.
Oh, and yes, it will be written in English, with apologies to the French. 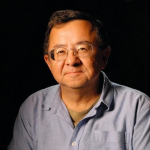 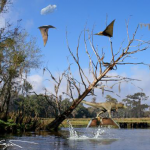 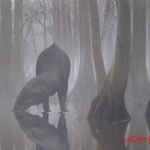