During the latter part of 2018, several retirements and resignations caused a ripple effect in many of the Emery County administration offices.

Former Emery County Economic Director Jordan Leonard accepted a job with Utah State University, leaving a hole in the economic office. His replacement is still under advisement and this position has not been filled. Next, Museum of the San Rafael Director Megan Wilberg vacated her position and accepted employment with Orangeville City. Around this same time, Nancy Orgill retired as a legal secretary for the county and Tina Carter, former Emery County Tourism Director, shifted into that position.

These changes left vacancies in the museum, tourism and travel offices. The county has decided to combine these offices and house them in the museum. Interviews to fill this role are pending immediately.

Next, county librarian Carole Larsen retired after more than 40 years of service to the county. This left a branch position at the Orangeville library open. At this time, the position has been advertised for applications. The county librarian will be chosen from one of the branch librarians.

Last, but definitely not least, new commissioner Gil Conover will be installed on Monday, Jan. 7, at 12 p.m. at the Emery County Administration Building on Main Street in Castle Dale. He fills the seat left by former commissioner Paul Cowley. 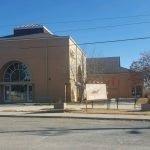 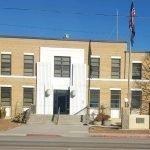