Almost 1/2 million yards of material will have to be placed on the embankment of Millsite Dam before the rehabilitation is complete. The management team of Nielson Construction decided to use a shouldering machine to put the zones of material, sand, gravel and dirt, on the dam. This is not only very advantageous to the project but will also lead to future improvement of dam constructions.

The finished dam will be 110 feet wide and four feet higher when completed. The 110 feet of width will include a berm at the toe and cover the outlet structure. The pipes for the outlets are now in place and forms for concrete are being built around the valves to secure them. Currently, the water leaving the reservoir is running through a temporary outlet. On March 20 and 21, this temporary system will be shut down and Ferron City will run water from its storage facility while the switch to the permanent outlets occurs. Following this switch, the rest of the vault surrounding the outlet valves and pipes can be finished.

The concrete on the spillway is now 75% finished and nearly 600 cubic yards of concrete is being poured daily. There are seven different sections and four have been poured. The unseasonably warm weather has really aided in this construction and project management is very pleased with the work of Wall Contractors.

A few change orders on the spillway have slowed some of the work, but the milestone date of early May still remains. The labyrinth walls cannot be built until after spring runoff and this was not considered in the original spillway completion dates. The substantial completion date of Nov. 2 and the “ready for operation” date of Dec. 21 is still in effect for the entire rehabilitation project.

The reservoir has risen nearly 14.5 feet since the initial drainage. The 16 fish limit is still in effect and will continue indefinitely. The positive feeling of the construction is still prevalent at Millsite. 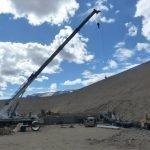 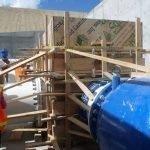 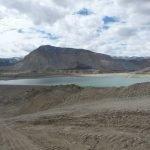 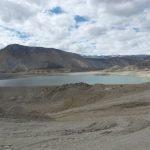 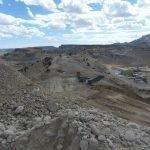 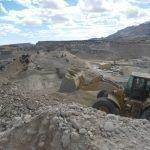 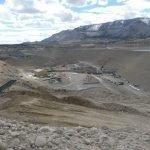 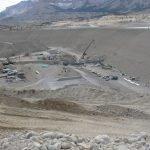 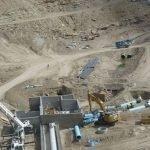 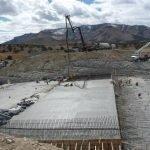 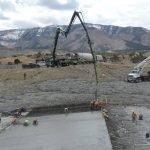 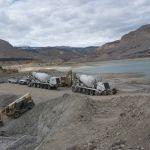