During East Carbon’s city council meeting on Tuesday, the eight individuals that applied for the mayoral position were asked a set of questions. These questions were answered in front of council members and then thoroughly analyzed to decide whom would become the new mayor.

The results came in and Avery was announced and sworn in as East Carbon’s new mayor.

Due to Avery being on the council previous to being sworn in, a seat in now vacant. Applications are being accepted for anyone who is interested in being a council member for the city. 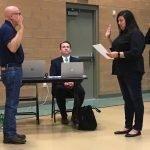 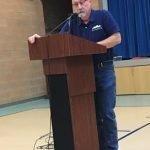