Doug Garff came before the Price City Council on Nov. 26 to request funding for a new scoreboard for the Price City pool. He explained that the current scoreboard is inadequate for events hosted by Carbon High and community swim teams. Garff who is a parent of swim team members is an active supporter of the program.

Currently, the scoreboard only displays one lane finish at a time. This slows down meets as it takes time to scroll through each finishing time. A new board would display all lane times simultaneously.

A proposal was made to split $10,500 between Price City, Carbon School District and Carbon County Commission to pay for a new scoreboard. The school district has already agreed to pay their share of the cost. This would be for the amount of $3,500.

Garff said he would go before the Carbon County Commission in December with the same proposal however, he feels confident he will gain their support.

Because the pool is maintained by Price City, they will be ask to install the board as well as put in $2,615 toward the purchase. There was some debate on whether the money should be taken from ZAP tax funds or the pool fund. There are some proposed upgrades that are currently budgeted for the pool fund. Finance director Lisa Richens will look over the budget and make a recommendation to the city council on the best source to pay for the scoreboard. The city will also be responsible to maintain the new equipment.

In other business, mayor Joe Piccolo took a few minutes to praise outgoing councilman Grady McEvoy for his service to the community. He will be moving out of the area and this was his final Price City Council meeting. McEvoy took over the seat after his wife Jeanne accepted a position in another state in August 2012. The council split their vote for Grady to replace his wife. Mayor Piccolo cast the deciding vote which placed Grady on the council. The mayor said that both McEvoys had contributed much to the Price area and their positive impact would be felt for years to come.

Coach Todd Oldham of the traveling football team “Team Us” spoke during the public comment portion of the meeting to express his thanks to Gary Sonntag and Price City for giving the team a place to practice under the lights. He was frustrated with Carbon High and Carbon County Recreation for what he felt was the lack of support for the team. The team of 11-12 year olds won the 6th grade B pool two championship in Mesquite, Nev. on Nov 23. There were 68 teams that participated.

Oldham stated that they were proud to bring home a football trophy to the area, but the lack of support from Carbon County and and the recreation department led them to change their name and tape over Carbon on their uniforms. He said that when he came to Price City for help, Sonntag personally came and helped him get the lights on at the field they were using, thus allowing the boys practice. Without that, he does not think they would have had the success they did. 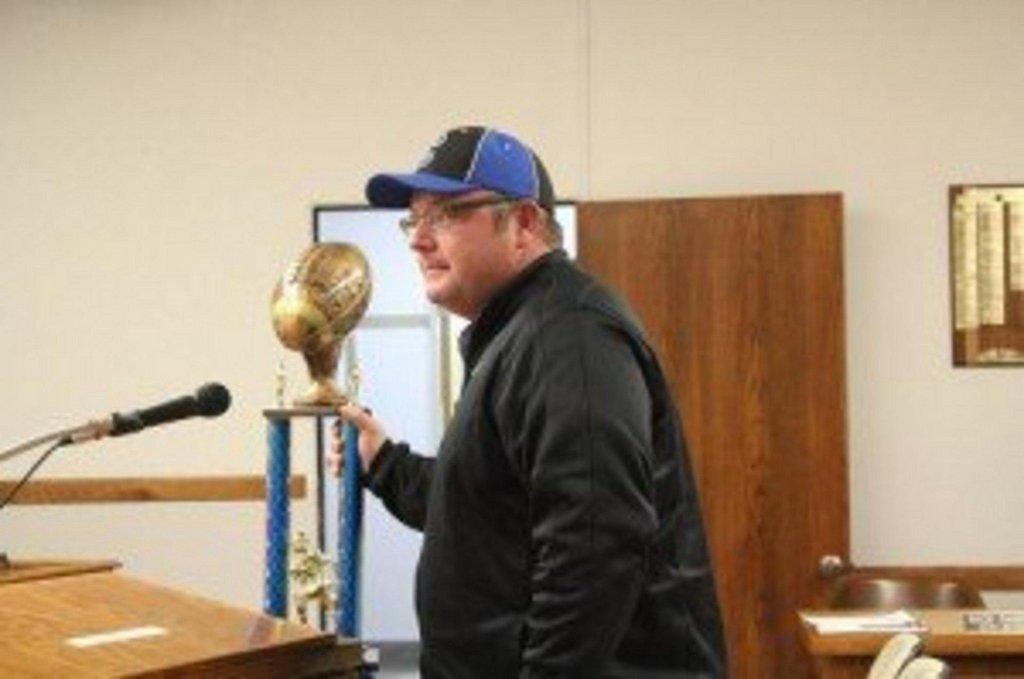