The Carbon County Commission meeting was held Wednesday afternoon. During the meeting, two men were awarded with retirement plaques.

Howard Jennings, who has worked for the county road shop for a little over 25 years, and Pat Vigil, who worked for the weed and mosquito abatement department, were both honored. According to commissioners, their dedication will not soon be forgotten.

A discussion for the request of night hunting of predators in the county by spotlight also took place. The state government no longer wanted to regulate the hunt, so they gave the option to each county to allow or deny it. The predators in the county that would be hunted are coyotes, foxes, raccoons and skunks. The spotlight hunting would not be for tagged animals or animals such as mountain lions or bears, only animals that are a nuisance or a predator.

Certain limits and boundaries will be set, and commissioner Casey Hopes said that he did not see it being a bad thing. However, those hunting would need to report to Carbon County Sheriff Jeff Wood. The motion to have the attorney write the ordinance was approved, but the actual hunting itself has not yet been approved. 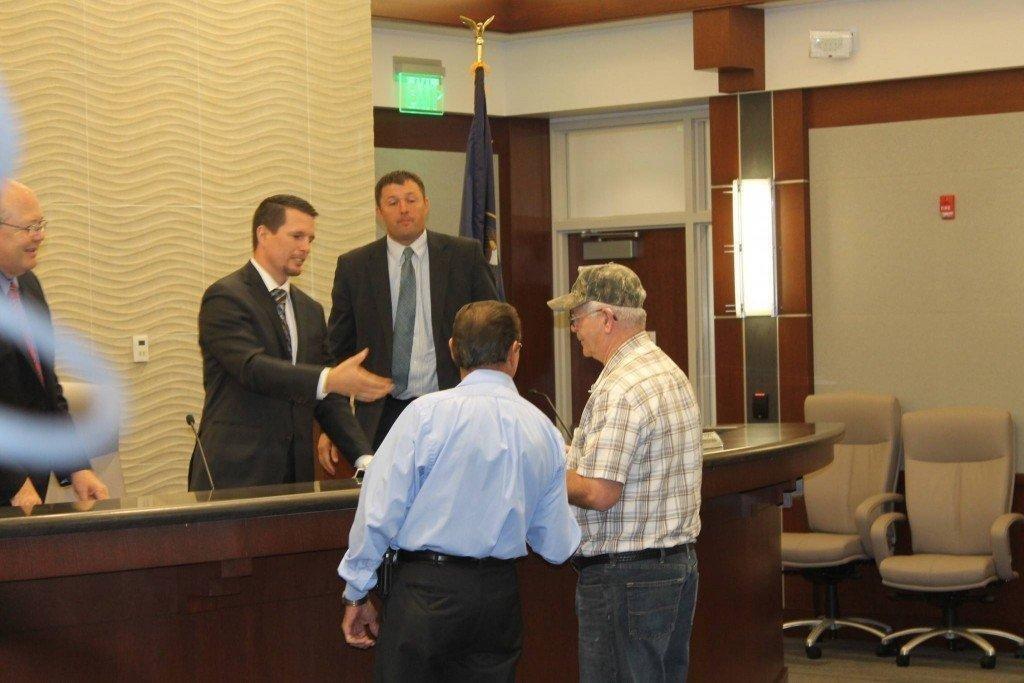