Oakley was born June 5, 2013 to Jeremy and Alysa Giraud. The newborn appeared completely healthy, but it did not take long for her parents to realize something was wrong with Oakley’s eyes.

According to Alysa, her newborn’s eyes bounced and could not track objects. Concerned that something was wrong with Oakley’s vision, her parents traveled to Primary Children’s Medical Center seeking answers.

A series of tests was performed and at four months of age, young Oakley was diagnosed with Leber Congenital Amaurosis (LCA), a rare retinal degenerative disease. LCA affects three out of every 100,000 children born. It is estimated that only 3,000 cases currently exist in the United States, and Oakley is the only known child in Utah with the disease.

Although Oakley has been diagnosed as legally blind, the progression of the disease will eventually leave her completely blind at some point in her life. Even though the diagnosis is grim, the Girauds are looking ahead and remain hopeful that a treatment may be found.

“Scientists have performed gene replacement therapy on several dogs and have restored their sight,” Alysa explained. “They have also started a human trial and have already treated three kids. I understand more studies need to be done, but this makes us hopeful that a cure will be found.”

The downside to the study is funding. According to Alysa, the disease is so rare that there is little to no money available for research. “In most cases, parents begin foundations in their children’s name to raise funds for medical studies,” she stated. “My goal is to start a 501c3 non-profit organization called the Oakley Giraud Foundation (OGF). But for now, we are starting off small with a few local fundraisers.”

Because LCA is so uncommon, few physicians specialize in the disease. A bi-annual conference in Boston this July will focus solely on LCA and Alysa hopes to attend along with Oakley. With specialized physicians on hand, exams will be performed on the youngster and knowledge gained from the visit.

“There are 18 genes that cause this disease,” Alysa explained. “We don’t know what specific gene caused Oakley’s blindness but through research we can find out. Hopefully we will be part of the future of gene replacement therapy in LCA that one day, may lead to a cure.”

An account has been set up at the Utah Power Credit Union in Oakley’s name. Donations may be made here as well. “There are a lot of exciting things going on with gene replacement therapy,” Alysa stated. “One day, therapy could give our daughter the ability to see what you and I see.”

The Girauds admit that at first, news of Oakley’s disease hit them hard. “We almost grieved when we first heard the news,” Alysa admitted. “Everyone wants everything good for their child. It was devastating to find out that our daughter is blind.”

Grief has since turned to hope and the Girauds look forward to a bright future for Oakley.

To find out more about fundraisers and Oakley’s progress, visit Oakley’s Odyssey on Facebook. 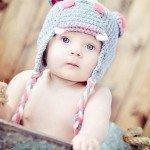 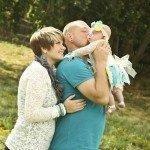 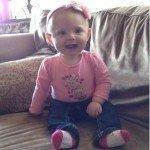 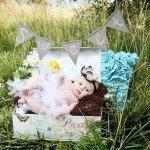 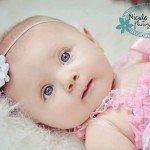 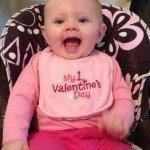 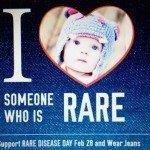