A new Price City Police Officer was sworn into office through oath during the regularly schedule Price City Council meeting on Wednesday. Chief of Police Kevin Drolc was there to welcome him, as well as the council members and mayor Joe Piccolo.

Officer Timothy J. Robertson is one of the newest members of the Price City Police Department. Robertson moved away from Castle Country and spent time briefly in a few places, including Moab. However, he stated that the area beckoned him back. He has previously worked as a diesel mechanic and has also been an employee of the Division of Wildlife Resources (DWR).

Robertson specializes in a number of areas, including those such as defensive tactic. He returned to the area with his wife and two children. Robertson was welcomed by all back to the community and into the police force before being sworn in. 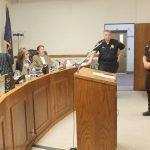 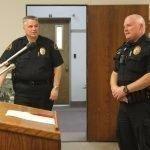 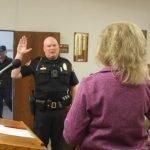 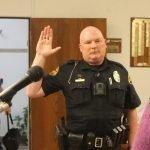