The first race of the 2019 NICA High School XC mountain bike racing season recently took place at Eagle Mountain. The local team has 11 riders and are part of the larger Utah league of 4,400 riders.

The Carbon MTB team was started and is coached by Mark Jespersen at Altitude Cycle (formerly known as Bicyclewerks) three years ago. Carbon competes in the South region of the Utah NICA league against teams from St. George north and Lone Peak south.

Worley placed eighth out of 61 riders in his heat while Engar, Fausett and Tullis finished 16th, 17th and 25th for a solid showing. Sophomores Barlow and Emerson finished sixth and 11th out of their JV group and are excited about the next race and will ride hard and hopefully break onto the podium.

Olson and Carpenter ride in the other JV group and placed first and 30th, respectively. Both riders started at the very back, while Olson passed 72 kids, Sam stopped to make sure a fellow athlete was okay after a nasty crash. Carpenter got the “I’m a stud sportsmanship award” while Craig got the leader’s jersey.

The next race is scheduled in Richfield. 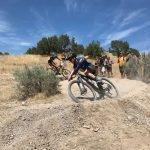 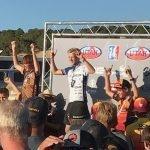 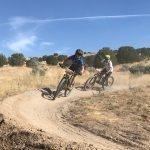