Santa was a no-show but one of his special helpers made an appearance Thursday morning at the Emery Telcom office on 625 East 100 North in Price.

Sven is a four-year-old reindeer and is owned by Dr. Isaac Bott DVM. Dr. Bott owns Mountain West Animal Hospital in Springville. He is a native of Castle Dale and graduated from Emery High School in 1999.

Dr. Bott was in Price to record two episodes of “Heart of Utah” with Randy Johnson, which just began its fourth season on ETV Channel 10. Dr. Bott spoke about his journey into medicine and his unique skill set, which includes his work with reindeer and many other exciting and exotic animals. Dr. Bott is a pioneer in breeding reindeer in captivity and is known around the world for his work.

The last segment was recorded with Sven on the lawn outside of the Emery Telcom office. Quite a large crowd gathered to see the spectacle and a class from nearby Pinnacle Elementary walked over to enjoy one of Santa’s pets. 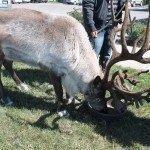 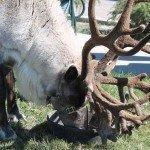 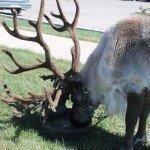 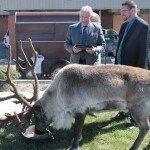 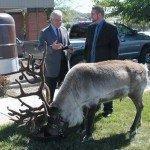 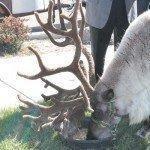 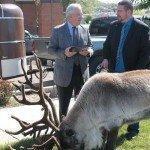 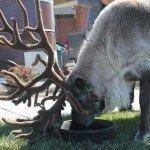 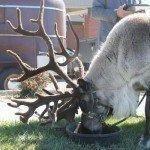 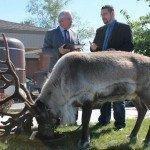