The second public meeting for the Helper Train Depot Pedestrian Corridor Project was hosted in the Helper City Hall Council Chambers on Thursday evening. For two hours, residents could visit the chambers and view the two options for the depot.

Ben Levenger with Downtown Redevelopment is working diligently on ensuring that the community’s input is heard and integrated into the depot. Levenger was hired by the Helper Project to work on the depot with the community. Members of the Helper Project, which has funded the project thus far, such as Anne and Roy Jespersen and Kathleen Roysterm, were in attendance at the meeting. Helper City councilwoman Malarie Matsuda and Mayor Lenise Peterman were also in attendance.

Each proposed depot was laid out for the community to view in a map-like structure. Pens and markers were offered to those that wished to suggest potential changes to the layout. One proposal was a balance of pedestrian and vehicular while the second also included a bike path. Both proposals will increase parking for Helper, which is at a premium.

“The corridor needs to be better utilized,” Levenger stated.

From the meeting, Levenger will compose the data and input received, including the votes, and redefine the proposal to ensure that it fits community needs. A survey of the depot has been available online for some time and has been taken by over 60 community members. The survey will stay active until the second week of December, tentatively.

Those that wish to take the survey may do so by visiting https://goo.gl/forms/0368YOt4qngm9NaW2. By mid-December, Levenger hopes to have all the community input gathered. At the end of December, the conclusion of the depot will be presented to the state to discuss with Union Pacific. 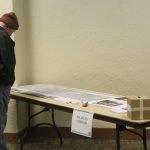 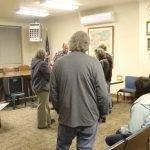 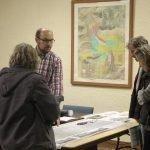 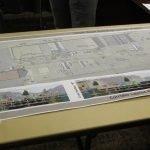 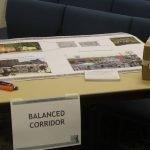 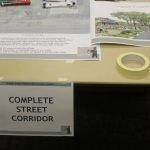 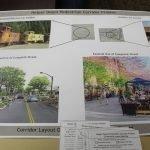 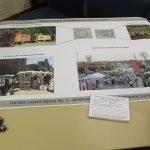 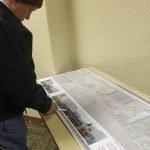