Even though the offices at 65 East 100 North in Castle Dale were empty, the Castle Dale City Council met for one last time in the old City Hall building. All supplies, materials and equipment to run the city have been moved to the brand new Castle Dale Building located on the corner of First East and Main Street.   Business for the city began being conducted in the new offices on March 8.

Following an opening statement, the Pledge of Allegiance and approval of the previous minutes, Emery County Sergeant Kyle Ekker asked the council for a culinary water hookup for Jesse Allred in exchange for a flood management right-of-way across Allred’s property. The right-of way was granted and discussion continued about the amount of heavy equipment trucks hauling dirt that will be using the streets from Center Street to Main then south on Third East and returning up Fifth East to Main Street and up Center to the landfill where the dirt is obtained. They will build the berms along the Cottonwood Creek for flood control. This work will begin immediately as it is to be finished by April 21.

The typical water overage leak relief was granted to Olsen Trailer Park owners. Employees of Castle Dale will be trained in order to comply with the 2017 Trust Accountability Program to reduce Workman’s Compensation premiums.

The Castle Dale Fire Department reported the testing of 25% of the hydrants in the city on the rotation schedule to keep them in compliance with requirements. Councilman Joel Dorsch reported that the parking improvements around the rodeo arenas are almost completed and will be ready for the high school rodeo in April. Councilman Doug Weaver expressed concern over increasing dog control problems with surgery hampering the dog control officer. Mayor Danny Van Wagoner asked that business water connections concerns be put on next month’s agenda.

It is the hope of the city council that someone will rent or lease the old administration building. The new Castle Dale Building will also house the Special Service District and Emery Water Conservancy District offices. 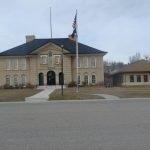 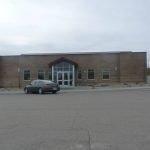