Salt Lake City, UTAH — Heeding the Governor’s challenge to support science, technology, engineering and math (STEM) education, businesses in Utah have stepped up and are launching a more than $2 Million media campaign to increase interest in STEM education.

“STEM jobs are the jobs of Utah’s future,” said Governor Gary R. Herbert. “Whether students plan to work in a STEM career or not, they will need science, technology, engineering and math skills to be successful.”

“Imagine what students could achieve if they caught the vision of their own capability to be successful with STEM topics!” said Jeffery R. Nelson, chairman of the STEM Action Board and president/CEO of Nelson Labs. “This would not only benefit their individual quality of life, it would make Utah the destination for great companies and great jobs into the future.”

The media campaign, developed and funded by many STEM supportive businesses, will include TV commercials and other media placement on radio, billboards and online. The messaging strategy for the campaign will be directed at both parents and students. The goal is to educate parents on the numerous opportunities available in STEM related fields, while educating students that STEM subjects are cool and exciting.

Last year our legislators supported the Governor’s Office by making the first state investment of $8.5 Million dollars to support math readiness and $1.5 Million into the establishment of the Utah STEM Action Center in support of science, technology, engineering and math. The first call to action for the new STEM Action Center, housed in the Governor’s Office of Economic Development, was to test pilot new teaching systems and technologies in select classrooms 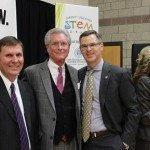 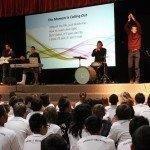