Following the resignation of former Wellington City Mayor Joan Powell, the need to elect a new mayor was pressing.

This took place during the Wednesday evening Wellington City Council meeting. Wellington City Recorder Glenna Nelson stated that two individuals came forward to apply for the position. One was current city councilwoman Paula Noyes while the other was a citizen that was unable to move forward.

Nelson stated that the reason for this was that he did not meet the requirements, which are that he be registered in the city and a resident for 12 consecutive months.

Following this information, Wellington City Police Chief Rory Bradley made the motion to appoint Noyes as the mayor. As the motion was seconded by councilman Dean Bradley, Noyes took her seat as mayor. This term will expire on the first Monday of January 2022.

There was not a necessity for Noyes to be sworn in as she already took an oath of office when she joined the council. 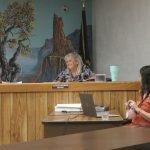 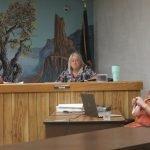