The exhibit, comprised of more than 40 photographs, features landmarks and scenes of nature from Southeastern and Central Utah. Vande Sluis, a longtime resident of Carbon County, admired the beauty of this area’s rugged landscape for many years. Photography is his way of expressing his love of nature.

“The world is an incredible and ever transforming canvas,” he says. “With my camera, I try to capture just a few glimpses of its grandeur.”

Vande Sluis has been a life-long explorer. His early years were spent in Oosterbeek, Netherlands until his family immigrated to Salt Lake City in 1955 after World War II. He eventually settled in Sevier County, Utah, to raise his young family and begin his “Nature: A Study.”

He started running marathons and his “Nature: A Study” reached a new level as he ran the dirt roads in the backcountry of Central Utah where he perfected his eye for the perfect nature shot. “So much depends on the lighting,” he said. Vande Sluis is from a lost generation where pictures were precious and each one had to be perfect.

Learning photography on film has given him insight into the art of composition, balance and color, which he carried into the digital age. He found that these types of un-retouched photographs have become a lost and precious art.

USU Eastern’s Gallery East is free and open to the public during the academic year from 9 a.m. to 5 p.m., closed weekends and holidays. The gallery observes COVID-19 precautions, including face coverings and a limit of 10 people in the gallery at one time. The reception for this exhibit will be by invitation only. 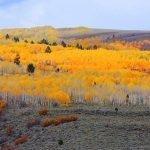 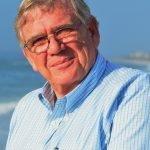 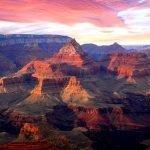 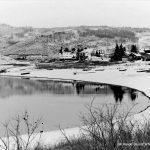