A collaborative exhibit of photographs by Jared Ragland and Cary Norton, entitled “Where You Come From is Gone,” will be on display at USU Eastern’s Gallery East from March 7 through April 1 (closed March 9-13 for spring break).

“Where You Come From is Gone” explores the importance of place, the passage of time and the political dimensions of remembrance through the historical wet-plate collodion photographic process. The exhibit was initially created during Alabama’s bicentennial celebration and continued through a commission by the Leepa-Rattner Museum of Art in Tarpon Springs, Florida. Ragland and Norton’s large-scale images seek to make known a history that has largely been eliminated and make visible the erasure that occurred in the American South between Hernando de Soto’s first exploitation of Indigenous peoples in the 16th century and Andrew Jackson’s Indian Removal Act 300 years later.

Using a 100-year-old field camera and a custom portable darkroom tailored to Ragland’s 4×4 truck, the two photographers have journeyed more than 3,000 miles across 30 counties in Alabama and Florida to locate, visit and photograph Indigenous settlements. Yet, the melancholy landscapes hold no obvious vestiges of the Indigenous cultures that once inhabited the sites; what one would hope to document, preserve and remember is already gone. Instead, Ragland and Norton deliberately document absence and seek to render the often invisible layers of culture and civilization, creation and erasure, and the man-made and natural character of the landscape.

Victims of violence, warfare and cultural displacement, the Eastern Woodland tribes were forced to uninhabit the sites that Ragland and Norton photograph. Conversely, these images seek to encourage viewers to responsibly reinhabit the space rather than continuing on as uninformed, uninvolved residents.

Ragland is a fine art and documentary photographer and former White House photo editor. His visual practice critically confronts issues of identity, marginalization and history of place through social science, literary and historical research methodologies. His work has been exhibited internationally, and his photographs have been featured by The New Yorker, New York Times, The Washington Post, Vanity Fair Italia, Forbes and The Oxford American, as well as in textbooks and academic journals.

Norton is a fine art and editorial photographer, camera builder, and beekeeper. In 2009, he received worldwide recognition for building a 4″x5″ field camera from LEGO blocks, and he is currently at work constructing a custom 16″x20″ large format camera from locally-sourced lumber and iron. Norton has worked on long-term assignments in London and Baghdad and worked with NGOs in India, Kenya and Uganda. His work has been featured by the Ford Motor Co., Regions Bank, Verizon and Whole Foods Market.

USU Eastern’s Gallery East is located in the Central Instruction Building and its exhibits are free and open to the public during the academic year from 9 a.m. to 5 p.m., and closed weekends and holidays. The gallery observes COVID-19 precautions, including face coverings and a limit of 10 people in the gallery at one time.

Contact Noel Carmack by phone at (435) 613-5241 or email at noel.carmack@usu.edu for any questions about the exhibit. 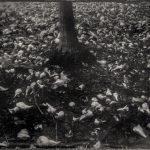 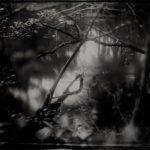 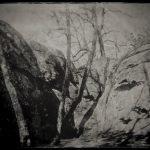 Jared Ragland and Cary Norton, from the series Where You Come From is Gone