There were no citizens present for public comment, so the application for the grant will be sent. If funding is granted, another public hearing will be scheduled to receive input on the spending of the grant.

During the discussion, it was determined that public notice about the hearing was only placed on the state’s public website. It was stated that was all that was legally necessary. Some of the council felt that very few citizens would visit the state’s website and it would be advantageous to the citizens if it was posted locally. This recommendation was made to the clerk for future hearings.

Next, Kimball and Roberts, certified public accountants, made their annual presentation regarding the 2018 audit of the city. It was stated that in their opinion, “the year ended in accordance with the accounting principles generally accepted in the USA.”

However, they did find circumstances that would strengthen the city’s accounting system and control over its assets. These three areas included more training for office staff, preparing their own depreciation schedules and making more timely adjustments and reconciliations. These same areas have been deficient for the past few years. Kimball and Roberts made recommendations and gave instructions to the office staff to help facilitate these areas. It was also noticed that another accounting system had been used by other cities to assist with these corrections. Castle Dale City will ask them to come and make a presentation to the council.

Discussion on future projects for the Castle Valley Special Service District were also discussed and the decision to remain status quo was made.  Castle Dale City Maintenance foreman Nosh Arrien concluded with reporting that reconstruction of the city’s salt was beginning by the city shop on 10th North. 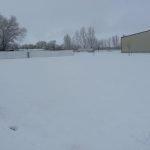 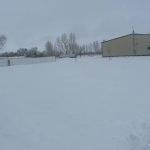