The Pinnacle High School filmmaking students are going toe to toe with the finest national and international filmmakers in the world, including Academy Award winners on the big screen and behind the camera. Their “SCIFI FLICK” is currently being judged on Wilshire Blvd. in Los Angeles along with today’s big screen greats in the Sundance Film Festival.

“SCIFI FLICK” is a SciFiComedy short film that spoofs and lampoons many of geekdom’s most beloved genres and characters including TV shows like AMC’s “The Walking Dead” and zombie films like George Romero’s, “Night of the Living Dead.” The film was entirely written, directed, filmed, and edited by Pinnacle’s filmmaking students.

Over 200 Pinnacle students from Utah’s rural, western mining communities from Castle Dale in Emery County all the way up to Castle Gate in Carbon County participated as extras in the film. Led by student producers/directors Kayden Fish and Othen Motte, the film is about “a small group of friends who are mutated into their favorite fandoms and fight off the alien invasion and zombies that are attacking their school on Halloween.”

It is rare enough in any human undertaking to take that first step to the plate in the big leagues, but the students of Pinnacle High School have learned that even from rural Emery and Carbon counties that that step is possible. 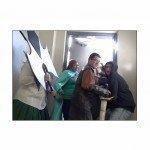 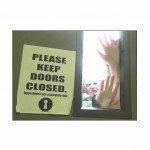 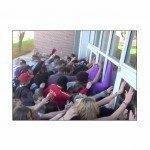 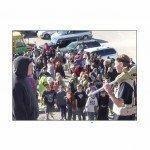