The Pinnacle Panthers hosted the Green River Pirates in a volleyball game on Wednesday. The Pirates swept the Panthers on their home court, taking home a 3-0 win.

Green River easily took the first game, 25-14. While Pinnacle stepped up in the second, the team still fell short, 25-18. The third game was a closer contest, 25-21, with the Pirates taking the final round to win the game.

Pirate coach Kristi Brady said that the rallies in the game were some of the longest that she had ever seen and that Pinnacle had impressed her with how well they were able to keep the ball in place. She also commented that on her team, Savannah Williams did a good job in the middle and with blocking and that Presley Lovato displayed outstanding hustle.

Next up, the Pirates will travel to Tabiona for a matchup on Friday while the Panthers will compete at Whitehorse on Tuesday. 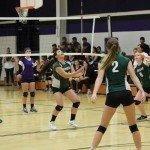 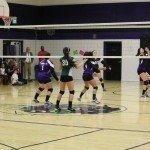 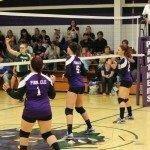 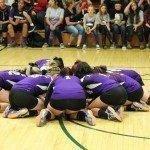 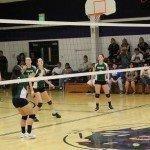