The annual poetry contest at San Rafael Middle School (SRMS) was recently hosted and the best poets were chosen.

The poems submitted could be on any topic but were restricted to no longer than 21 lines. The students that won were joined by all participants in the library for a poem reading and treat. Those that won will next be entered into the Creative Communication State Poetry Contest.

McKenzie Orgill was awarded the top spot in eighth grade, followed by Evan Christensen and Beka Barnett in second and third. Copies of a number of the student’s poems may be found below.

Flash flood water pours down
Center street
People run all around
heaving sandbags into barricades
furniture hauled
walls scoured
ambulance drivers attend wounds.
Everyone has a place,
knows their place.
And in the face of peril,
we are ready!

The ocean breeze flows through my hair
I touch the sand that’s oh so bare
The dawn is here, I see a light
That marks the sun that’s oh so bright

I watch the morning sunrise burst
And it makes the world seem dispersed
Away from evil, away from bad
The ocean makes me oh so glad

I’ve seen so much on this lovely day
That I will never feel astray
The reflective sea, I believe
Contains the most magic that could be

Dead friends
He could not run away
They were dead. He’d seen them die
The smell of death, wet and cloying
The moaning of the wounded
It stopped his breath
He wanted to see his family
He wanted to live to feed his brother
He wanted to smell the spring blossoms
Lying there, showing tail
Too cool under fire
Now returned to God 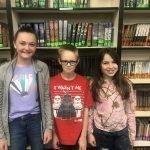 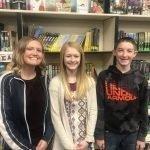 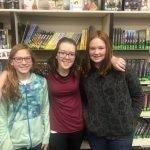